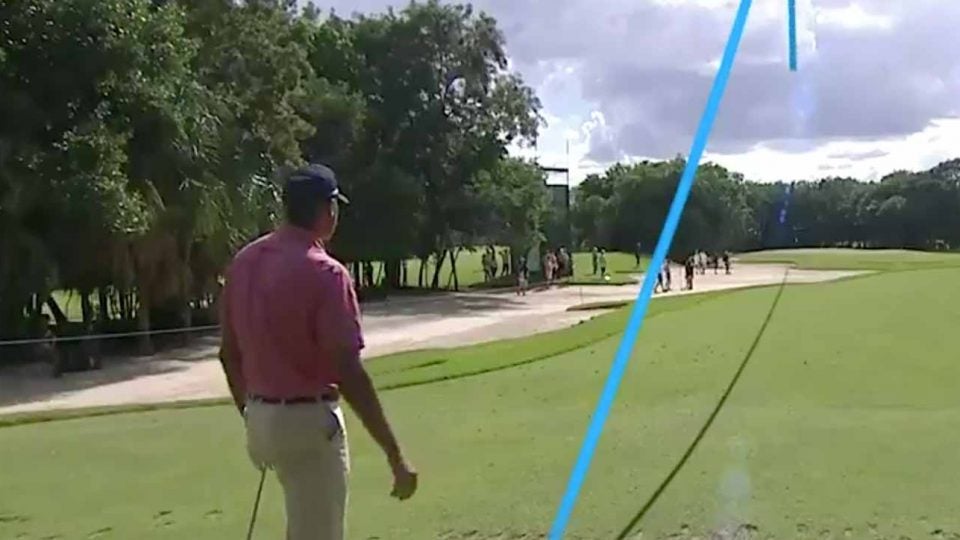 Matt Kuchar made an ace at the par-3 8th hole on Sunday.

You’ll recall the waves that Matt Kuchar made last year at Mayakoba, when he dished out .38% of his winner’s check to local caddie David “El Tucan” Ortiz and picked up a bit of a reputation in the process.

Ever since, there’s been no shortage of jokes made at his expense. Phil Mickelson took a shot at Kuchar from Magnolia Lane, while Rory McIlroy added his own jab at the Wyndham Rewards championship presentation.

While he never contended for the win on his return to Playa del Carmen, Kuchar finished off his weekend with a sizzling Sunday 62. The highlight of that round came at the 151-yard par-3 8th hole, when Kuchar landed his tee shot just short of the pin and then watched it roll in for an ace.

And, well, you already know where I’m going with this one. When you make a hole-in-one, you buy everyone drinks. Due to Matt Kuchar’s, uh, proclivity for stinginess, he might be less inclined to buy other people drinks. That’s it! That’s the joke! And ooh boy, did everyone make it. Take a scan below and decide for yourself whose version you liked the best.

Kuchar has a hole-in-one!

The question is… will he get the drinks in?

Sneaking out of the pro shop before the bartender can ask if he wants to start a tab. pic.twitter.com/BLvA1lGlcn

Kuchar going to make everyone buy HIM drinks when he gets to the clubhouse https://t.co/WbwJYtHoDL

I guess you could say Kuchar's public image is still a work in progress pic.twitter.com/ocaeaqmvQl

Congrats to Kuchar! Drinks for everyone! (Cash bar) https://t.co/IgnsjBi3FQ

You get the idea. Anyway, Brian Gay made an ace of his own just minutes later — which didn’t exactly stop the jokes.

Another one. 🤯@BrianGayPGA makes an #ULTRAace on the par-3 10th moments after Matt Kuchar's hole-in-one on No. 8. pic.twitter.com/XUBlfHcv00

Kuchar will be even more delighted he gets to split the drink bill with Brian Gay.

Kuchar does his best to stay far away from the internet, which is probably a good call. But if anybody else was thinking of making the drinks-buying joke, just know: it’s been done.