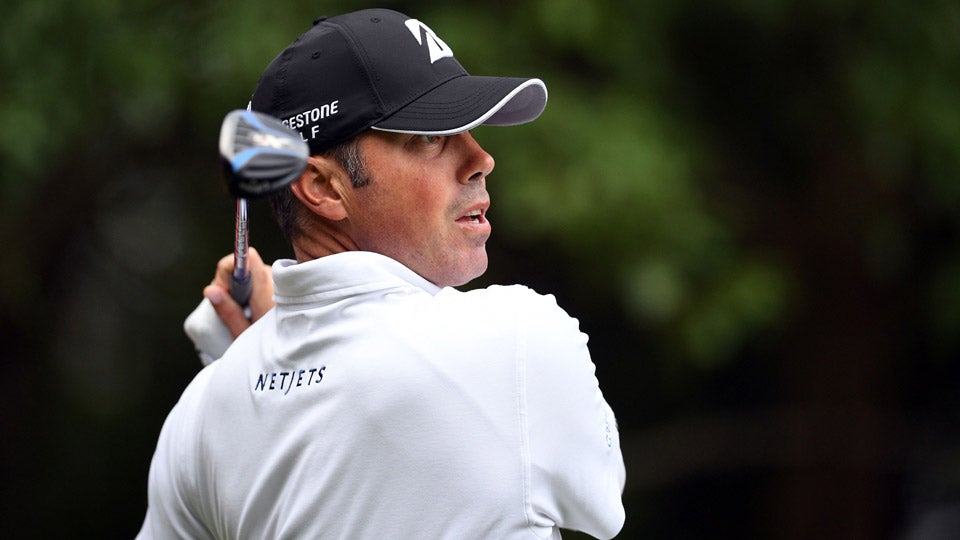 Matt Kuchar called the shot "one of the saddest hole-in-ones I've ever had."
Getty Images

SHANGHAI (AP) — Matt Kuchar stood on the tee at the par-3 17th hole waiting his turn to hit when his caddie noticed the fine print.

The shiny Cadillac nearby indicated that it would be awarded to whoever made a hole-in-one during the HSBC Champions. There was just one catch. Because the tee had been moved forward Saturday in the third round, the hole played only 193 yards. The notice next to the car said it would not be offered as a prize on this day because the hole had to be at least 200 yards.

John Wood, his caddie, nudged Kuchar and jokingly told him, “Don’t worry about a hole-in-one today. We don’t get the car.”

“And then he makes it,” Wood said.

Timing was everything. An ace is cool on any occasion, especially a World Golf Championship when it leads to a 4-under 68. Kuchar was no less wistful.

“That was probably one of the saddest hole-in-ones I’ve ever had,” he said. “Most of the time, a hole-in-one you’re just overjoyed with excitement. But then there’s a car sitting there, the most beautiful Cadillac on a tee.”

“I looked down and it had a note that said something about round three and four,” Kuchar said. “And I thought, ‘Well, the car probably just applies for this weekend’s hole-in-ones, that maybe it did not apply to round one and two. Then my caddie alerted me.

“I was teased by this beautiful car sitting there that’s not to be mine.”

Kuchar will survive. He said his favorite car at home on Sea Island, Georgia, is a 1972 Trailblazer that has been restored. Still, he might have to do some explaining to Cameron, his 9-year-old son whom Kuchar described as a golf junkie who asks him about various shots he has made. One of those questions was if he had ever made an ace to win a car.

The answer: Yes and no.

“Unfortunately, the insurance was taken away due to the forward tee,” Kuchar said.

Kuchar was playing with Henrik Stenson, and he said the British Open champion took the blame. He said Stenson told him he was the one who recommended that the tee be moved forward because the back tee was not in good shape.

“He owes me something,” Kuchar said.

Kuchar said it was his ninth ace in competition, and this would not rank as his most memorable. He says the best ace he ever made was during the Par 3 Tournament at the Masters one year when his grandfather was caddying for him. It was a special moment that didn’t need a car on offer.