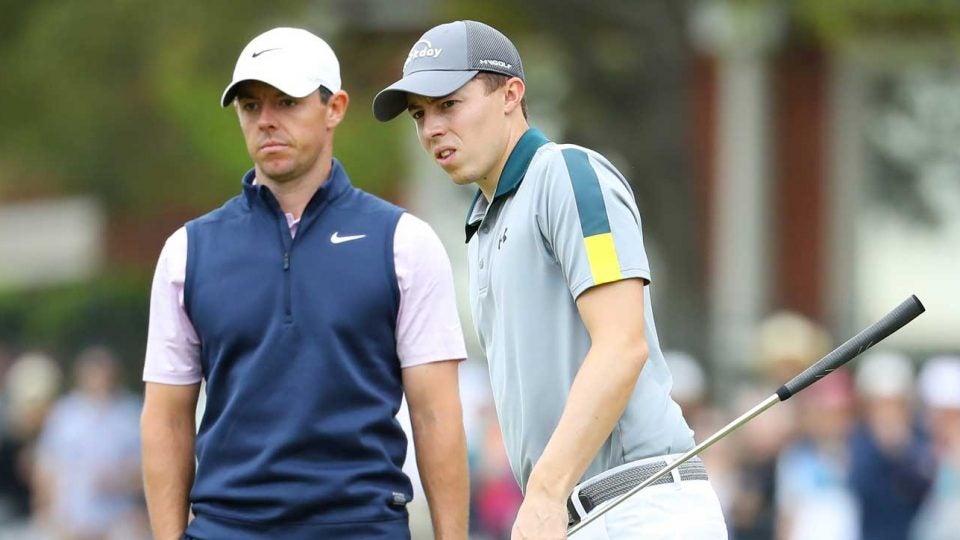 Rory McIlroy played the European Tour’s Alfred Dunhill Links Championship last weekend, and though he nearly won the Pro-Am event with his father, most of the post-tournament debate centered around the criticisms he lobbed at the European Tour for its course setups.

On Sunday McIlroy told reporters that he was “sick of coming back over to the European Tour and shooting 15 under par and finishing [T26], I don’t think the courses are set up hard enough. There’s no penalties for bad shots. It’s tough when you come back when it’s like that.”

He apologized for his remarks on Monday, but he might want to retract that retraction, because he’s not alone with those concerns. Fellow pro Matt Fitzpatrick agrees, and he let the world know he had Rory’s back via Twitter.

Fitzpatrick first tested the waters Monday afternoon by retweeting a Sky Sports tweet quoting McIlroy’s complaint, along with his own short message, “He’s not wrong!”

Naturally, many of his followers replied in the thread and a full-on debate broke out, though most of the comments were critical of Fitzpatrick’s take. That forced Fitzpatrick to clarify his thoughts on Tuesday. But instead of backing down, he detailed exactly why he agrees with the 2019 PGA Tour Player of the Year.

Fitzpatrick tweeted that courses on the European Tour are not always “set up to punish bad shots,” following a similar line of thinking as McIlroy.

“My point with this is that the course isn’t always set up to punish bad shots. Too easy to hit it 30yds off line and be ok,” he wrote.

My point with this is that the course isn’t always set up to punish bad shots. Too easy to hit it 30yds off line and be ok. https://t.co/yRqMuRdpEm

One commenter took exception to that explanation, arguing that if they had toughened up the setups at the Old Course and Carnoustie at last week’s Alfred Dunhill Championship and the winds had blown, the amateurs in the field would have been “shooting 120 and taking 6 hours to play. Then people will complain about pace of play.”

The commenter wasn’t alone in his opinion, but Fitzpatrick wasn’t having any of it. He shut down that argument quickly, writing that he and McIlroy were “not just talking about this one event…”

While Fitzpatrick, who has five career victories in Europe, doesn’t hold the power and sway of a player like McIlroy, his comments are a sign that overly-easy course setups could be a real problem for the European Tour, and Rory’s comments can’t be as easily dismissed as sour grapes from a pampered star player.