When third round action at the AT&T Byron Nelson was suspended due to darkness on Saturday night at Trinity Forest Golf Club, Matt Every held a one-shot lead at 18-under over playing partner Sung Kang through nine holes.

But following the conclusion of play for the day, Every threw shade at Kang for slow play during Saturday’s weather-delayed third round. In an interview with Golf Channel after play was stopped, Every took a subtle shot at Kang for taking his sweet time.

“We didn’t have to wait on the group in front of us once I think, which was kinda nice. Sung decided he wanted to play slow today,” Every said. “So when we got to our balls, we got to hit.” It doesn’t seem like Every minded that Kang took his time, but he knew exactly what he was saying and how it would be taken and interpreted. Watch for yourself here: 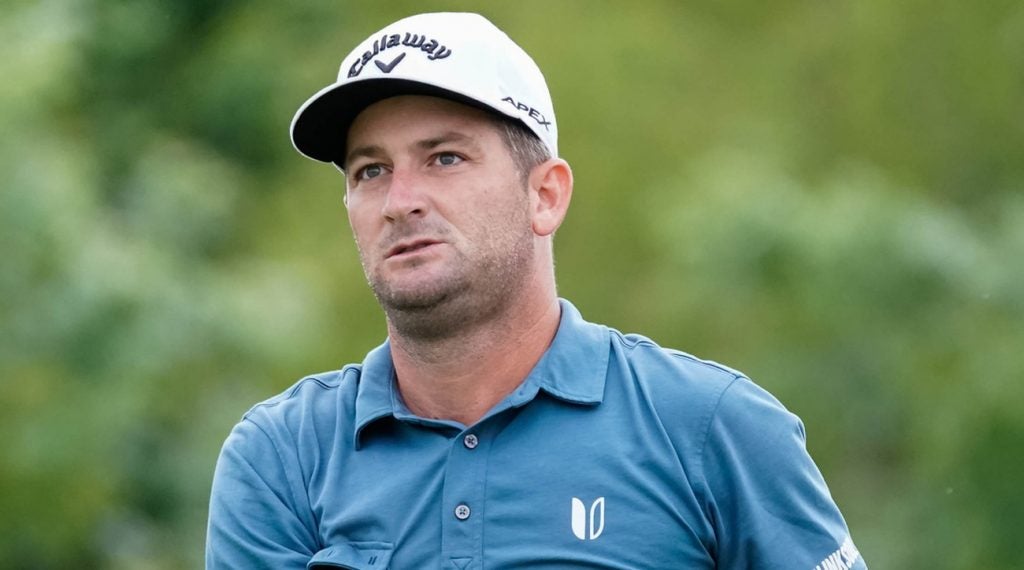 Matt Every took a shot at Sung Kang for slow play on Saturday at Trinity Forest.
USA Today Sports

Every and Kang, alongside Tyler Duncan, were scheduled to tee off on Saturday afternoon at 12:40 p.m. ET as the final group of the round, but did not begin play until 5:40 p.m. local time on Saturday. As a result, the trio only got nine holes in before play was stopped.

Every has not won on Tour since his back-to-back Arnold Palmer Invitational wins in 2014 and 2015, which are his only two PGA Tour wins. Kang, meanwhile, is still looking for his first win on Tour.