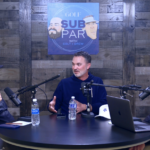 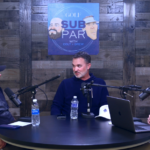 Mark Mulder Interview: Is it right for professional athletes to accept sponsor exemptions on Tour? Winning the American Century Championship

On this week’s episode of GOLF’s Subpar, former MLB All-Star pitcher, Mark Mulder, joins former PGA Tour pro Colt Knost and his close friend and on course rival Drew Stoltz for an exclusive, in-studio interview. The 3-time winner of the American Century Championship talks the unique point system used at that event, athletes accepting sponsor exemptions on Tour, and how he found out he was traded to the Cardinals from the golf course.