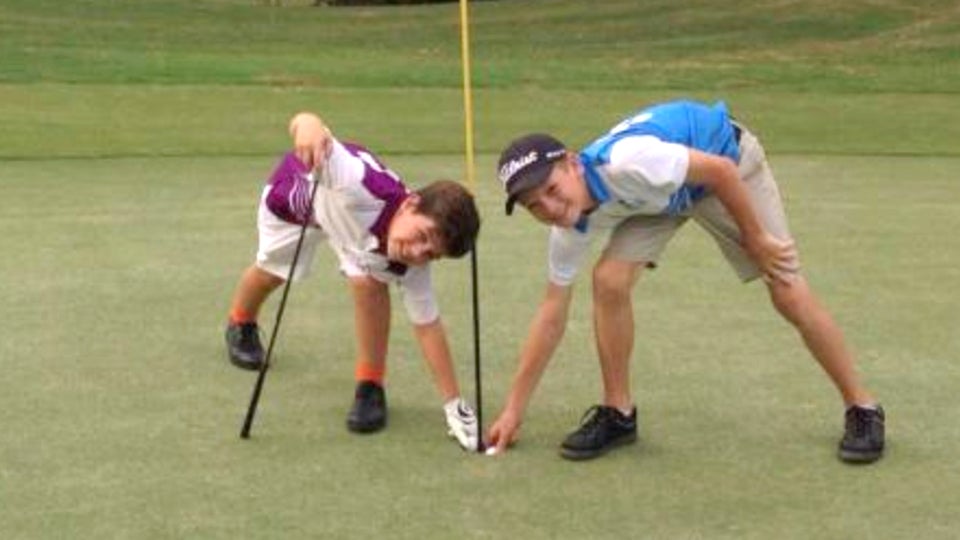 Junior golfers Harrison Mancill and John Berrigan both hit the best shots of their lives on Thursday. And they came back-to-back.

Mancill, 13, and Berrigan, 10, recorded back-to-back holes-in-one during PGA Junior League Golf in Hilton Head Island, S.C. They hit their shots on the 89-yard par-3 5th hole. Mancill went first, used a wedge and recorded his ace, which was followed by Berrigan matching his shot with a 9-iron.

The National Hole-in-One Registry says the odds of two players in the same foursome acing the same hole are 17 million to one.