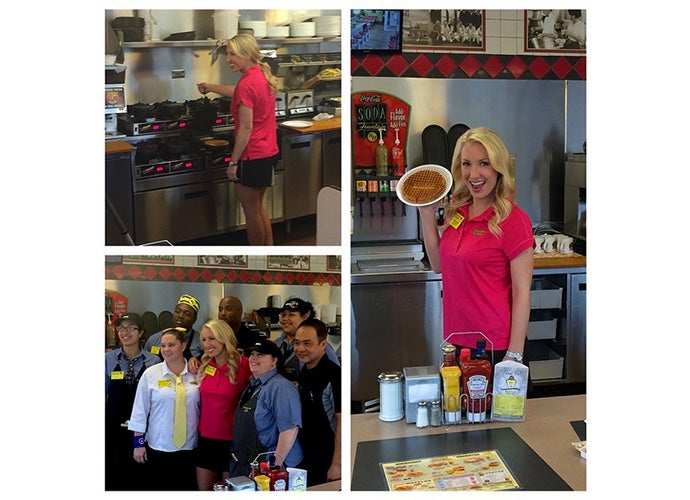 What’s in a name? Not one’s allegiance to breakfast food, apparently. Pancake will be spending part of her third season on the tour at various Waffle House franchises, as well as sporting the restaurant’s logo on her bag.

While at the University of Alabama, Pancake helped the team to win its first NCAA National Championship in program history in 2012, and was an individual runner-up. She was also the first athlete and first female golfer to be named the Academic All-America Team Member of the Year, the top student-sportsperson for her senior year.

She is currently ranked 214th and posted a best T53 at the 2014 LPGA Championship.