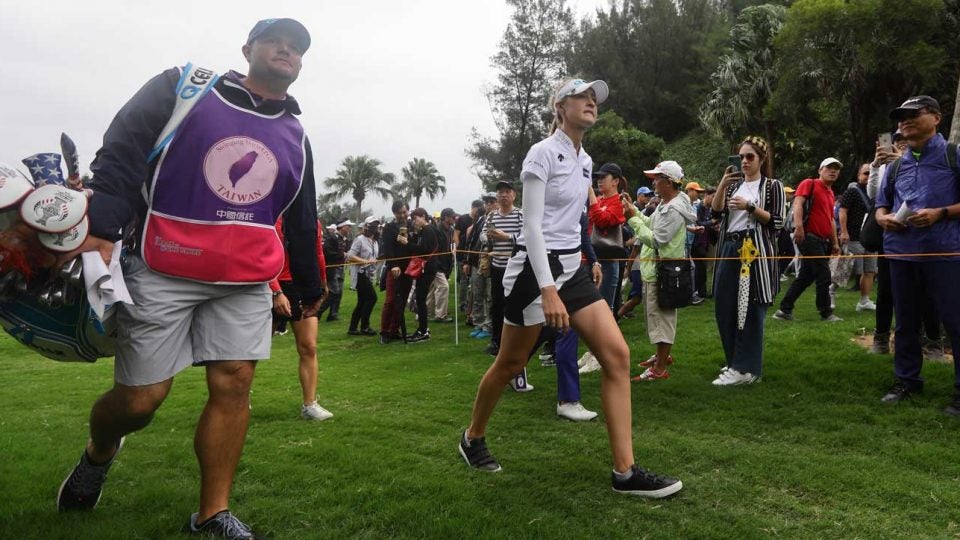 Nelly Korda walks with her caddie in November.
Getty Images

Following the decisions of a number of other major sports leagues, the LPGA Tour has postponed its schedule for three weeks, including the season’s first major, in response to the rapidly spreading coronavirus.

Five hours after the PGA Tour decided it would ban fans from its next four events, the LPGA Tour will not conduct events at all. This came via a statement from tour commissioner Mike Whan Thursday evening.

“This is a difficult situation and as we navigate these uncertain times, we appreciate the support of all those involved with the LPGA. I am fully committed to rescheduling these important events on our 2020 schedule, especially our first major, the ANA Inspiration,” Whan said.

The ANA postponement (scheduled for late March) represents the first major championship of the 2020 golf season to be affected by the coronavirus. Last week, Masters chairman Fred Ridley announced the first men’s major would go on as scheduled, though changes may be afoot. It was reported Thursday that the event is considering going patron-free, in addition to numerous other changes.

The PGA Championship, which would follow in May, is currently scheduled to be held in San Francisco, which has already banned large-group gatherings. More changes may be coming in short time.