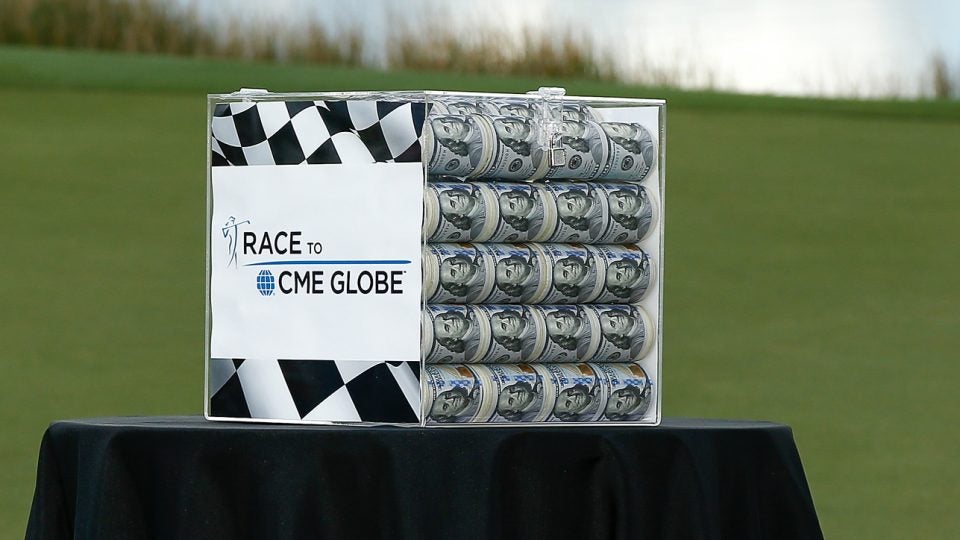 The biggest check in the history of women’s golf will be handed out this weekend, and it’s an absolute free-for-all.

The CME Group Tour Championship, which has been whittled down to a field of 60 (instead of 72 in years past), will hand out $1.5 million to the tournament champion this weekend in the 2019 season’s final event. That’s an increase of $1 million to the winner, due to combining the purse of the season long points race with the tournament purse.

The U.S. Women’s Open issues a greater purse ($5.5 million compared to $5 million), but has to spread that across more competitors. Jeongeun Lee6 took home the top prize of $1 million.

When one lady is crowned champion Sunday, there will be no bonuses passed out, just everyone competing for the mega cash. And speaking of cash, it’s staring them down. As has become tradition, the CME has boxed up the dough in a see-through cube, keeping it very visible all week to remind competitors what they’re competing for.

Straight cash this week as the biggest prize in women’s golf will be awarded Sunday. For now it’s guarded by this very large man. pic.twitter.com/h2NfLVGyRg

Only five players on the LPGA have amassed more than $1.5 million this season, and a victory here would automatically crown the winner as the season-long money leader as well. The winner will get to grab that epic box o’ money and pose for photos like Ariya Jutanugarn did last year. Hopefully they’ll remember to conceal their golfer tans, though. Ariya Jutanugarn was the big money winner in 2018.
Getty Images