Mel Reid, a six-time Ladies Euro Tour champ, reveals she's gay: 'Be proud of who you are' 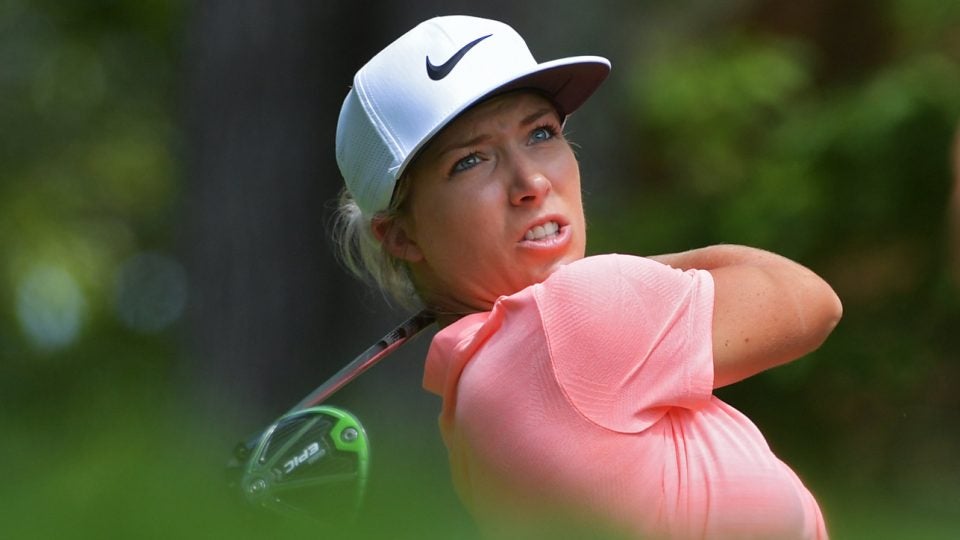 Mel Reid, a six-time Ladies European Tour champion and current LPGA Tour member, revealed she’s gay on Monday, via an announcement of her partnership with the organization Athlete Ally, which advocates for equal access, opportunity, and experience in sports.
Reid will be an Athlete Ally pro ambassador, and linked to a Q&A that detailed her experience.
“The Tour is a very welcoming community and it’s rare that anyone has an issue with sexuality or openly express any issues,” Reid said. “The only problem we run into is that being gay is still illegal or frowned upon in certain countries we play in. There are also a lot of male-dominated sponsors that are looking for certain types of players, so that’s why I have felt I can’t be quite as open as I would like to be when it comes to my personal life.”
Reid, a 31-year-old native of England, said she concealed her sexuality for so long because she thought it would help her career.
“But then,” she said, “I started to wonder why these companies would want to sponsor me and have me represent them if I can’t be my authentic self. There is only one of you in the world and you have one life, so be the best version of yourself and be proud of who you are. That’s when you attract the right people around you to make you better, and ultimately, happier.”

Sharing my story in hopes it will help someone else share theirs. I’ve always believed in fighting for equality & I’m beyond excited to join the @AthleteAlly team. #BeBrave https://t.co/QCCKERZlD8

As an Athlete Ally ambassador, Reid is hoping she can inspire others to be themselves.
“It’s important for me to always fight for equality,” she said. “I’ve been fortunate to have a platform to reach a lot of people and I’ve tried to take advantage of that when I can. Athlete Ally helps spread that message even further and I’m very excited to join the team.”
Reid’s best finish in 2018 was T9 at the Marathon Classic. Her last victory was the Oates Victorian Open in 2017. She has also played for Team Europe in three Solheim Cups.
While Reid isn’t the first openly gay women’s pro, Tadd Fujikawa became the first male pro golfer to come out as gay when he did so in September.