Lindsey Vonn Enjoys Hanging Out With Tiger Woods And His Kids 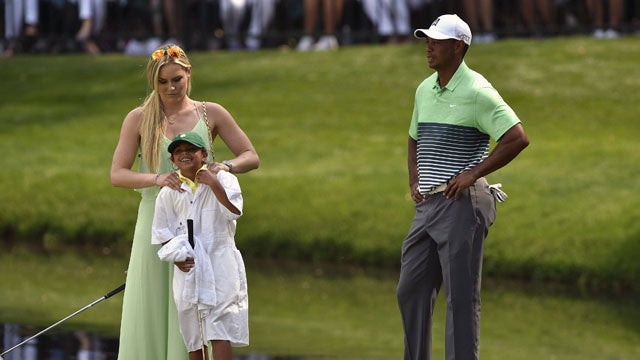 Lindsey Vonn has a busy life, being a world-class skier and all, and she still finds time to hang out with Tiger Woods and his two kids, Sam and Charlie.

“They’re great. They’re amazing kids, and he’s an amazing father,” Vonn said at the premiere of The Age of Adaline earlier this week. “I feel privileged to be along for the ride, and I help as much as I can. They’re great kids — I love ’em,”

Vonn also appeared on the Late Night with Seth Meyers and said dating Tiger helped speed up her recovery from a knee injury.

“We were kind of injured around the same time, and it was nice to just be in the gym with someone that knew what you were going through,” Vonn said. “We kinda just pushed each other back to health.”

Vonn has made appearances alongside Woods at various tournaments throughout their two-year relationship, but that doesn’t mean golf has vaulted up to her favorite sport.

But she does love his kids. Just look at the photos!