Lexi Thompson has been here before; Jaye Marie Green hasn’t: Both are chasing the U.S. Women’s Open title

Lexi Thompson has been here before. Jaye Marie Green has not. But Green’s in good company.

“I think if anyone gets paired with Lexi, it’s a good sign,” Green said on Saturday after shooting 68. “We’re really good friends, and it’s cool because I feel like, you know, we’re going to try and beat each other. And we know that, and it’s cool because we could just kind of go about our business. So I will look forward to it.”

Green and Thompson are in the penultimate pairing for the final round of the U.S. Women’s Open at the Country Club of Charleston in Charleston, S.C., on Sunday. They start the day one back of 54-hole leaders Yu Liu and Celine Boutier (seven under), but they are among a large group of contenders in the mix.

Sunday means the same, yet different things for this particular duo. They both want to win, of course. But for Thompson, it’s about finally coming through and grabbing that elusive second major title. The star of American women’s golf, Thompson has 14 top 10s in majors but hasn’t won one since the 2014 ANA Inspiration. Eleven of those top 10s have come since then, including the most disheartening of them all — Thompson’s runner-up finish and the rules debacle that dominated the aftermath of the 2017 ANA.

Thompson, 25, has 62 career top 10s and 10 victories on the LPGA Tour, and she’s earned nearly $9 million in her career. She’s a superstar. Green, on the other hand, is winless on the LPGA and has just four career top 10s. If she wins on Sunday she’ll take home the winner’s check for $1 million, which is only $25,000 less than she’s won in her entire LPGA career. She entered this week having missed the cut in her last four starts.

“I think the only way you learn is to be in the position,” Green said. “I’ve been close to this — who am I kidding? I’ve never been this close in a major before.”

“But I just feel calm,” she continued. “I feel like my game plan has been working, so I’m not going to change it. And if that’s what’s good enough to get it done, so be it. Either way, I get another notch in the belt of what it’s like now to be in this position.” 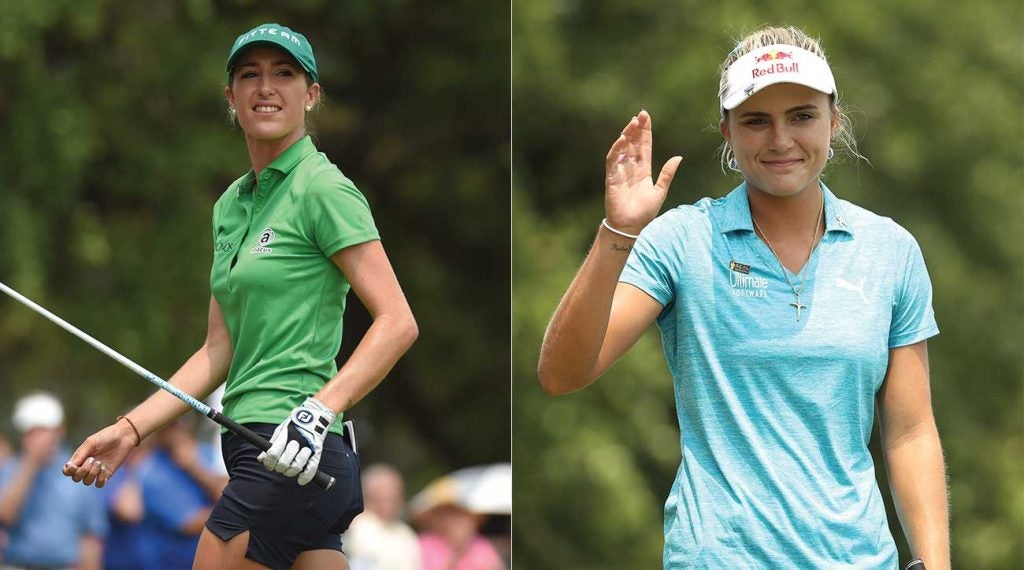 Jaye Marie Green (left) and Lexi Thompson are both in the mix at the U.S. Women's Open.
USA Today/Getty Images

Thompson is the final-round favorite; both betting and fan. She’ll undoubtably have the largest gallery following her on Sunday as she searches for her first victory since November 2018.

“I’ve made a few changes in my swing, my putting. So really just focusing on those things, I think, is key,” Thompson said. “Doing my routine, picking my small targets, and just not letting anything else get in my mind. I think that’s what I’ve been doing great these last three days, and I think will be key [Sunday] because you just have to focus on what you can control and nothing else.”

You can follow the final round of the U.S. Women’s Open here.

In Gee Chun dazzles, plus 2 other observations from Day 1 at the KPMG Women’s PGA
Go to mobile version