The Open 2019: Lee Westwood accepts ruling instead of arguing for free drop

Lee Westwood was cruising along Saturday afternoon when one errant tee shot at Royal Portrush presented him with a tricky scenario.

Westwood had driven into a thick bush right of the 10th fairway, his first mistake of the day. When he found his ball, it was embedded in the turf beneath the bush. So, does he deserve an embedded ball relief? That was a question he offered for the walking rules official.

The rules official responded to his question with another question: would you play it from there if the ball was not embedded? That’s the crucial ruling point. If Westwood would normally play from that spot beneath the bush, then he’d be entitled to take free relief. 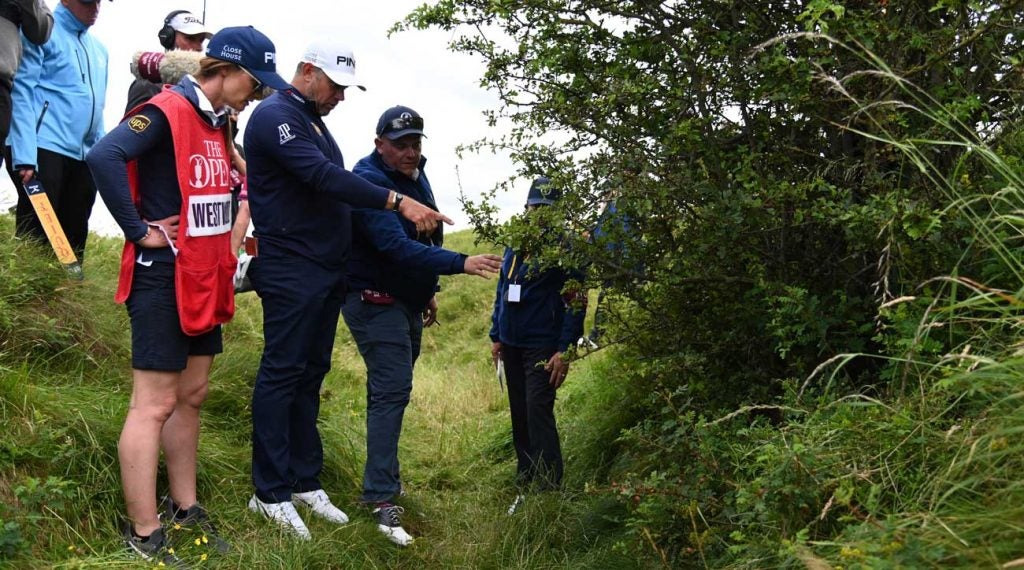 Lee Westwood was presented an interesting opportunity Saturday during a ruling.
Getty Images

So, Westwood had an option. The ruling would come down largely to his opinion. While it would not be reasonable to assert he would normally play from beneath the thick bush, he could have forced the issue. He could have lied about his intentions, hoping to use the rules to his advantage and preserve a share of the lead.

He didn’t. Westwood took his punishment for the poor drive. He told the rules official that he would not normally play from beneath a bush like that, and thus his embedded ball was irrelevant. Instead, he took an unplayable lie, took relief back from the bush and made a frustrating bogey.

Westwood’s hot start was thwarted, but he was able to hold his head up, which earned praise from fellow Euro Padraig Harrington, so he’s got that going for him.

Very sporting of @WestwoodLee not to attempt to argue his way to a free drop on 10. With all the recent rules decisions it reminds us of the honour at the heart of the game. @TheOpen