The third round of the KPMG Women’s PGA Championship is in the books, and Hannah Green is clinging to a one-shot lead over Ariya Jutanugarn heading to the final round at Hazeltine National.

Here’s what you need to know heading to Sunday in Minnesota.

The leader: Hannah Green held steady on Saturday; she started and finished the day with the lead. But even though Green’s 2-under 70 was a solid round, she made bogey at No. 18  to see her lead shrink to a single shot.

Green enters the final round at 9-under par. The 22-year-old Australian is seeking her first LPGA title, not to mention her first major.

“Obviously it’s my first time in this position so I feel like I will be a little bit nervous come tomorrow but I think when I have more time to wait in between shots that’s when I started to feel the nerves and I was like, okay, my heart is beating,” Green told LPGA.com. “I think I need to just slow things down and take my time and make sure I’m not rushing into any shots.”

The contenders: Ariya Jutanugarn leads the chase pack at 8-under after a six-birdie effort in round two. The former World No. 1 is obviously a formidable force to have in the rearview mirror; this is a new situation for Green, but old hat for Jutanugarn (although she’s never won this event before). With luck, golf fans will see the duel continue on Sunday.

It's a duel at Hazeltine! ? 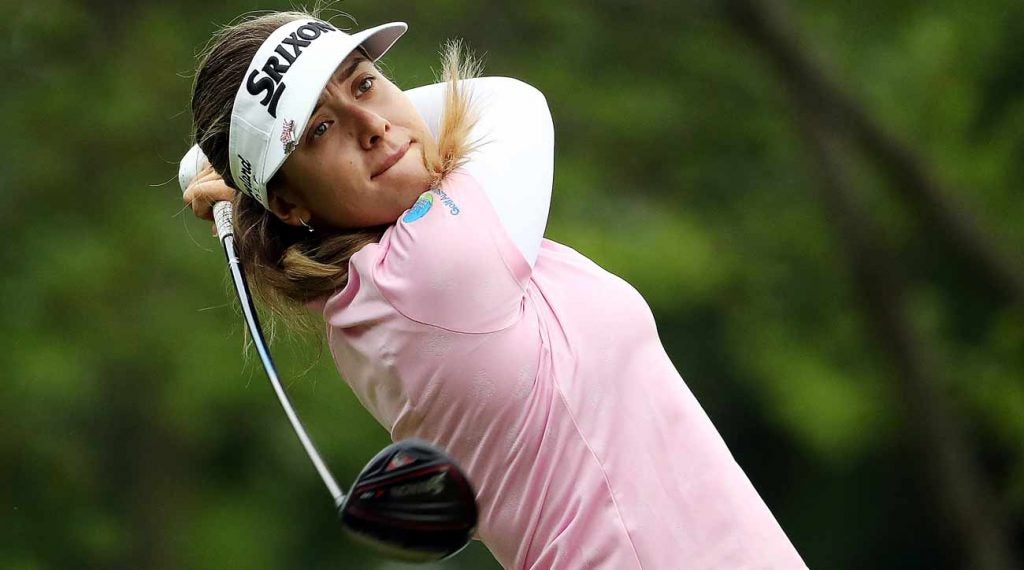 There’s plenty of firepower close behind, too, ready to make a charge at the lead. Nelly Korda (69) and Lizette Salas (68) sit T3 at 5 under par, four shots off the lead.

Quote of the day: This actually came courtesy of a player who didn’t even make the cut at the Women’s PGA. Michelle Wie opened up on Twitter after a rough 84-82 missed cut, calling the tournament “2 of the toughest rounds I’ve ever played emotionally and physically” but emphasizing just how grateful she was for the support she’d received. You can see the tweets below.

“Over the last two days, my phone and my inbox has been overflowing with messages of support and love,” she wrote.

Over the last two days, my phone and my inbox has been overflowing with messages of support and love. And even though I was having trouble playing, the crowds were cheering me on, applauding the good shots, and yelling phrases of encouragement when I was struggling.

Even though these past 2 rounds have been 2 of the toughest rounds I have ever played emotionally and physically, my ♥️ is filled with gratitude and love. To everyone that reached out and filled my week with positivity, I amso grateful for you. TY from the bottom of my heart. ? pic.twitter.com/HgW4B67YUc

Shot of the day: That would belong to Yu Liu, well down the leaderboard. She was 6-over when she played the par-4 16th, but got one shot back the hard way, slam-dunking this wedge shot from the first cut of rough. Yowza!