Koepka, and Mickelson, and Fowler, oh my! Meet a trio of horses with Triple Crown aspirations 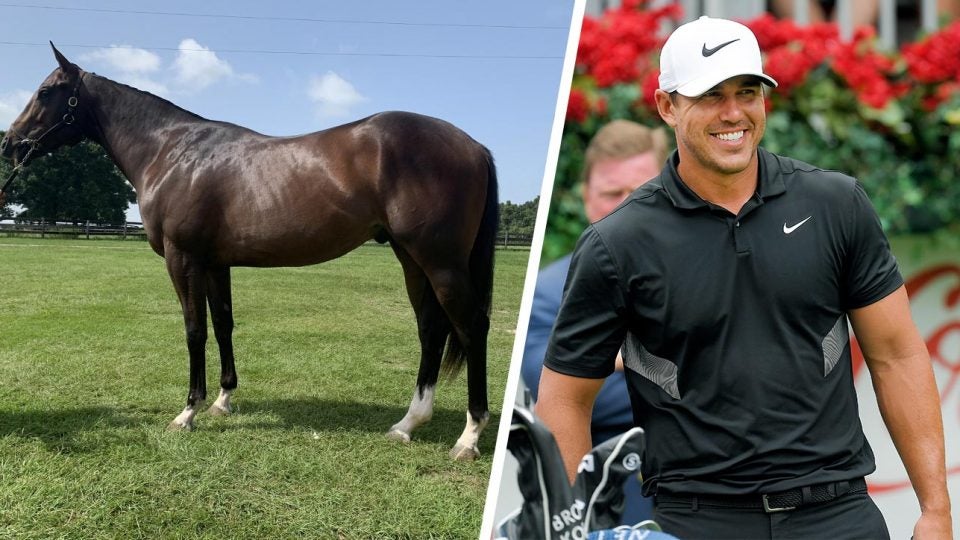 It’s not uncommon for professional athletes to inspire the next generation of athletes. There are undoubtedly young golfers out there aspiring to dominate like World No. 1 Brooks Koepka. Then there’s a two-year-old horse, Koepka, who has its sights set on dominating just like Brooks. Wait, what?!

Koepka (the horse) is owned by Brian Trump, founder of Supreme Racing. Trump, an avid golfer and golf fan, quickly recognized Koepka wasn’t built like other horses and could think of no better namesake than the 2019 ESPN Body Issue centerfold.

“Koepka is my most physically impressive horse,” Trump said. “Much like Brooks, he is gifted with an athletic frame. Coupled with what has been described as confidence out on the track, I couldn’t have come up with a better fit than naming the horse after Brooks.”

Trump, a former college baseball player at U.C. San Diego put down his bat and picked up clubs after college, quickly falling in love with the game. He ventured into horse breeding and the racing industry when he started working for his father-in-law on Rockingham Ranch. A little over a year ago, Trump broke off on his own and founded Supreme Racing.

Since then, he’s been having fun on and off the track, most notably with his name selections. Past horses under Trump’s ownership include Bobby Axelrod, Kershaw, Kim K. and Edelman. Those are names that catch your attention when flipping through an odds book at the track, which is exactly what Trump is going for when he names a horse.

Trump then decided his next crop of promising horses would be named after his passion, golf. When he’s not on the ranch or at a race track you can find him at his home club, Brentwood Country Club. He owns over 80 horses but the two names that stand out from the pack, other than Koepka, are Mickelson and Fowler. Yup, Supreme Racing has a three-some of Koepka, Mickelson and Fowler. That has featured a group written all over it!

Naming horses after professional golfers isn’t a new concept. Horses named Tiger Woods and Nicklaus both had their shot at glory on the track, but neither achieved the greatest of their namesakes.

There is one name Trump wishes he was able to obtain. “I tried to get McIlroy but someone had already snagged that one,” Trump said. “It was probably an Irish ownership group.”

You can name a horse whenever you want, but they must be named before they participate in a race. Once a horse races, you cannot change its name for tracking and regulation purposes. Trump waited until training began for his trio of golf horses before naming each to ensure the naming rights he owned through the Jockey Club went to good use. 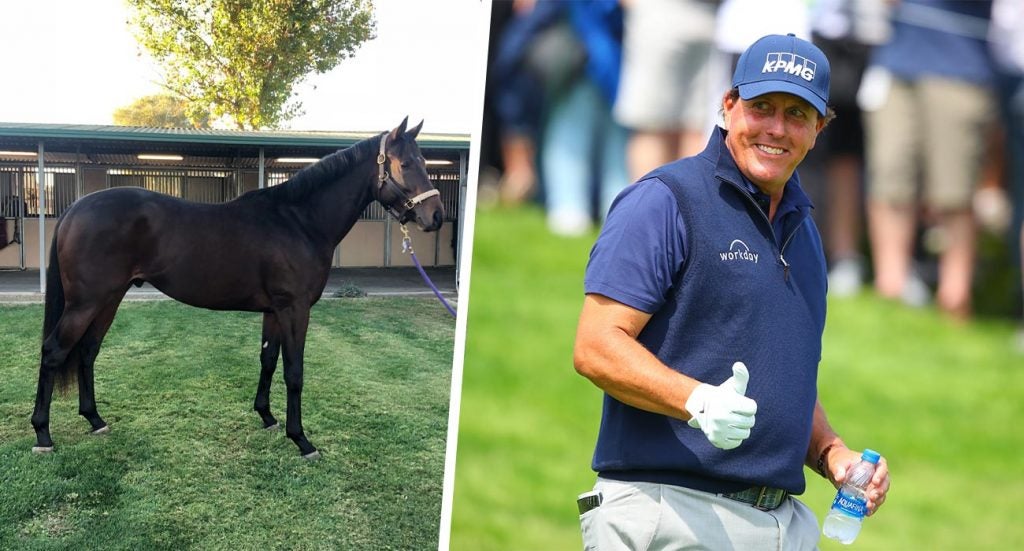 Mickelson the horse is a Triple Crown hopeful.
Supreme Racing

While Phil Mickelson has become the elder statesman on the PGA Tour, Mickelson the horse might be the most promising young star of this bunch. Trump has Triple-Crown aspirations for Mickelson.

“Mickelson the horse reminds me a bit of Phil in his personality,” Trump said. “Like Phil, Mickelson tends to have a playful demeanor. Phil always seems to be having fun out on the course. Whether it’s setting a record for most thumbs up in a round of golf on a single day or interacting with fans, he always seems to make people laugh and smile. Mickelson the horse has that same playfulness. He loves to play in the barn and always makes you smile when you’re around him.”

“I think Mickelson is the one that’s going to do some big things,” Trump added. “He’s already shown that he has the full package. The only thing Mickelson is lacking is calves like Adonis.”

Trump has been in contact with Tim Mickelson, Phil’s brother and caddie, about Mickelson. Tim owns horses himself and Trump’s holding out hope that he can host the Mickelson brothers one day to watch Mickelson race. Phil isn’t one to shy away from betting on himself, so it would only feel right for Lefty to cash in on a horse named Mickelson.

Fowler, the smallest of the bunch, as is the case in real life for the three namesakes, will not get to wear Rickie’s patent orange. “The color of the felt is out of the owner’s hands,” Trump said. “He’s not going to have a Puma logo anywhere either. We’re hoping he develops into a silent assassin like Rickie.” 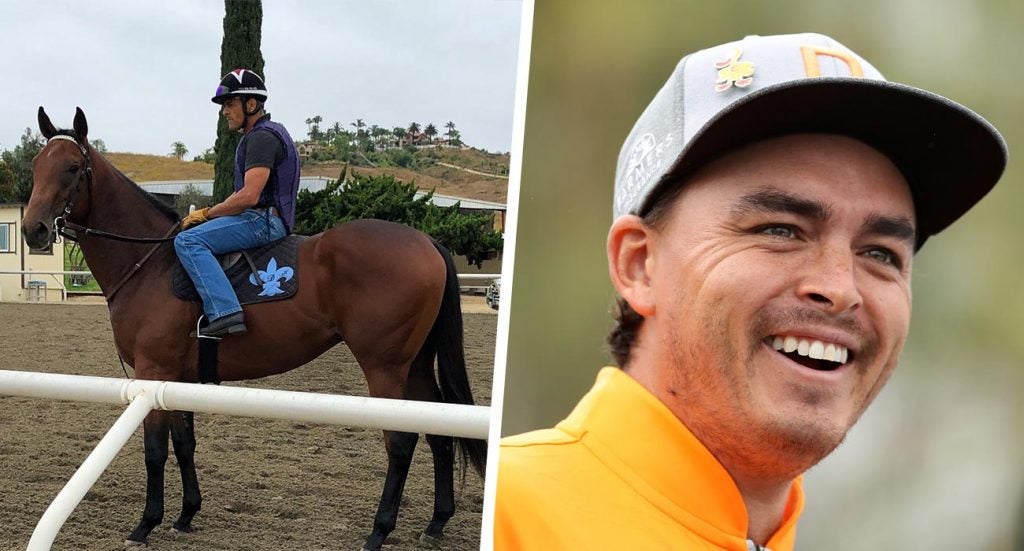 Fowler the horse is hoping to surprising people the same way Rickie does on the course.
Supreme Racing

While Trump’s attention is strictly on this golf trio as they begin training for their crucial two-year-old racing season, there’s another golfer’s name in his back pocket: Finau.

“I love Tony’s compact swing and I’m so impressed by his game that I felt I needed to hang onto that name,” Trump said. “I’ll wait it out until I find the right horse for that name. It’s going to have to be a big horse to live up to Tony’s namesake.”

Add Koepka, Mickelson and Fowler’s horse racing results to the list of 2020 storylines to watch.