WATCH: Pro robbed of hole-in-one after tee shot lips out at Italian Open 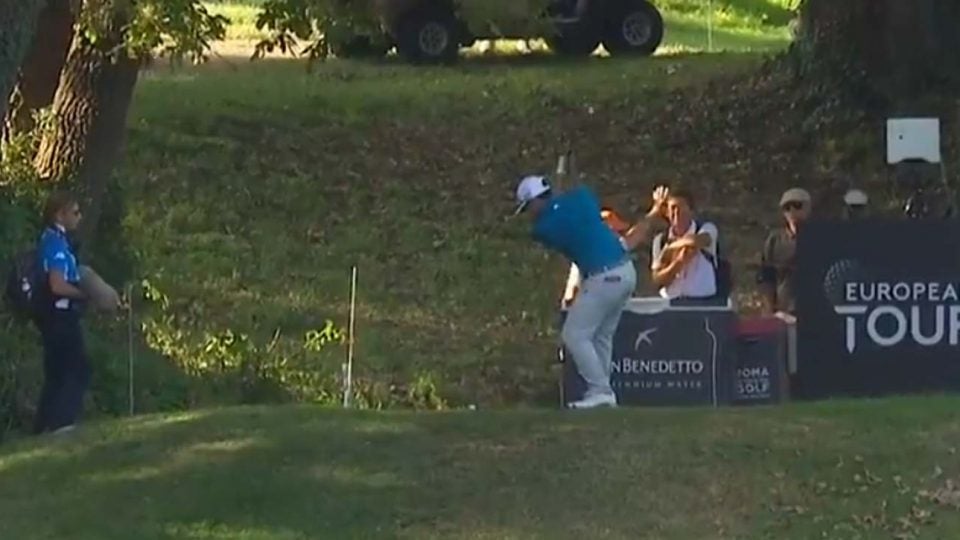 Kurt Kitayama hits his tee shot on the 16th hole during the second round of the Italian Open.
@EuropeanTour

Making a hole-in-one is hard. Most weekend hackers are happy enough to land safely on the putting surface, let alone sink it. Some senior golf writers haven’t even made one despite a lifetime of trying.

But that doesn’t make it any easier to come oh-so-close to an ace, especially in competition. Just ask pro Kurt Kitayama.

Kitayama is a young American pro who earned full status on the European Tour for 2019. The 26-year-old took full advantage of the opportunity, winning the second event of the season to capture his first Euro Tour victory. Incredibly, he followed it up with another win in March at the Oman Open.

RELATED: Enter for a chance to win a 2019 Titleist TS1 Driver

But Kitayama was less fortunate on the 16th hole Friday in the second round of the Italian Open. He had just made birdie at 15, moving him to one under on the round and six under for the tournament. Another birdie would get him within three of the lead.

Kitayama made his birdie alright, but that, believe it or not, was the bad news, because the young pro came about as close as possible to draining a hole-in-one. His tee shot at 16 landed on the green about 10 yards short and right of the hole. But the ball took one kick to the left, then started tracking directly at the cup. Unfortunately for Kurt, it had a little too much gas, so when it hit the cup it lipped out instead of dropping into the hole.

Despite the unfortunate lip out, as well as a late bogey, Kitayama finished the day with a score of one-under 70, leaving him at six under for the tournament in a tie for 8th place.

If he can make up four strokes on leader Matt Fitzpatrick over the final two rounds, he could enter the winner’s circle for a third time in his first season — an incredible feat much more valuable than a single hole-in-one.