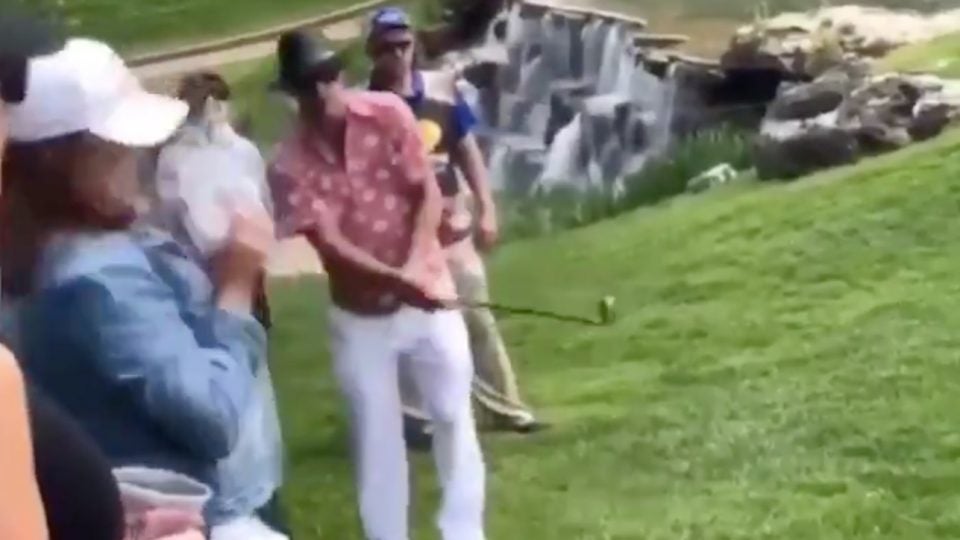 Every golfer has hit a shank at some point. Some that no one will ever see, others that might go viral.

The latter scenario happened to Kid Rock this weekend. At the Bass Pro Shops Legends of Golf, a tournament on the PGA Tour Champions, at Buffalo Ridge Golf Course in Ridgedale, Missouri on Saturday, the musician and songwriter shanked a chip shot that knocked a drink out of a spectator’s hand. Watch how the shot unfolded here:

Blading chip shots happen to the best of us. Even for an avid golfer like Kid Rock, who has been seen frequently playing golf with President Donald Trump and Jack Nicklaus. He even made his first hole-in-one during a round playing with the Golden Bear!

But a shank that took out a woman’s drink won’t be a highlight that Kid Rock will want to show from his golf career.