Life as Kevin Na’s caddie sounds pretty good right about now. On Sunday, after Na won the Charles Schwab Challenge, he earned a classic muscle car, a 1973 Dodge Challenger, along with the trophy — and immediately gave it over to caddie Kenny Harms.

“By the way, that car is Kenny Harms’ baby!” Na said in a post-round interview. “I’m giving it to Kenny.

He promised to give it to his caddie. pic.twitter.com/CyhIwLPP3Q

“He and I have an 11-year relationship,” Na continued. “We are like brothers, and I’m more than happy to give it to him.”

But the generosity wasn’t just a one-time show of goodwill. Na contended after the round that he may be the most giving player on the PGA Tour. 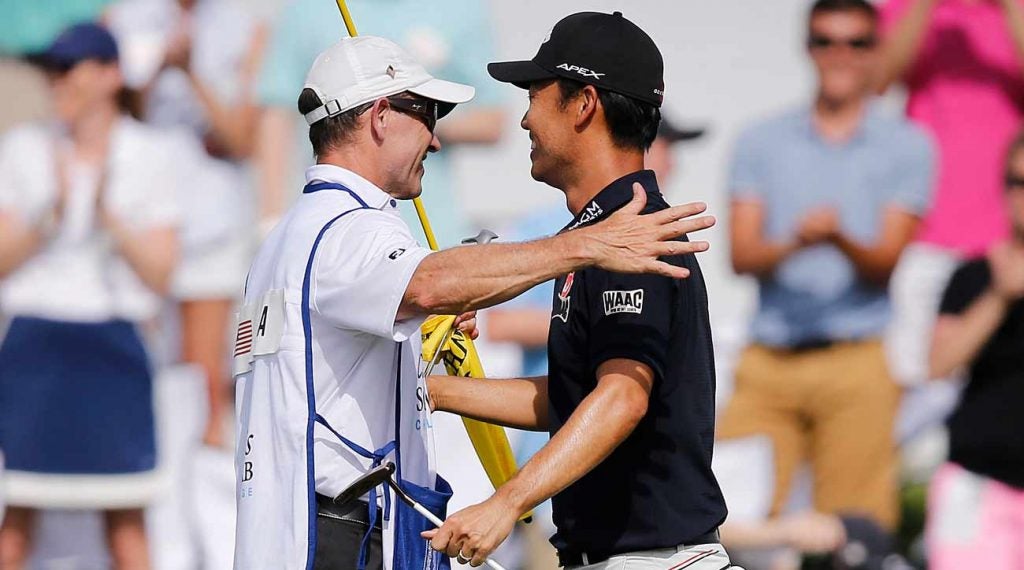 Kevin Na says he makes it a point to be generous with his caddie, Kenny Harms.
Getty Images

“You know what? Wouldn’t surprise me if he’s the highest percentage paid caddie out her,” Na said in his post-round presser. “I’m being dead serious. You can ask him. He won’t tell you the number, but he gets a good check, a lot more than the average.”

Harms drew some attention over the weekend for exchanging words with a spectator who distracted Na during one of his shots. Na said the two have had this week circled on the calendar for a while, particularly after missing the cut by one at the PGA Championship, which he cited as a blessing in disguise.

“I told Kenny, I said, you know what? If taking the weekend off gets me rested for a golf course that I have a chance to win at and I know that I can win at, things happen for a reason. I rarely miss cuts, but I felt like getting rest last weekend, and because I felt like I was going to contend this week, I think helped me.”

Na collected $1.31 million for his win, which can only mean good things for Harms. Traditionally, caddie deals pay in the range of 10 percent for a win. From the sound of Na’s remarks, Harms may be leaving with even more than that — plus the Challenger.

Na made one thing clear, though: he can still outrace his caddie, despite the new wheels.