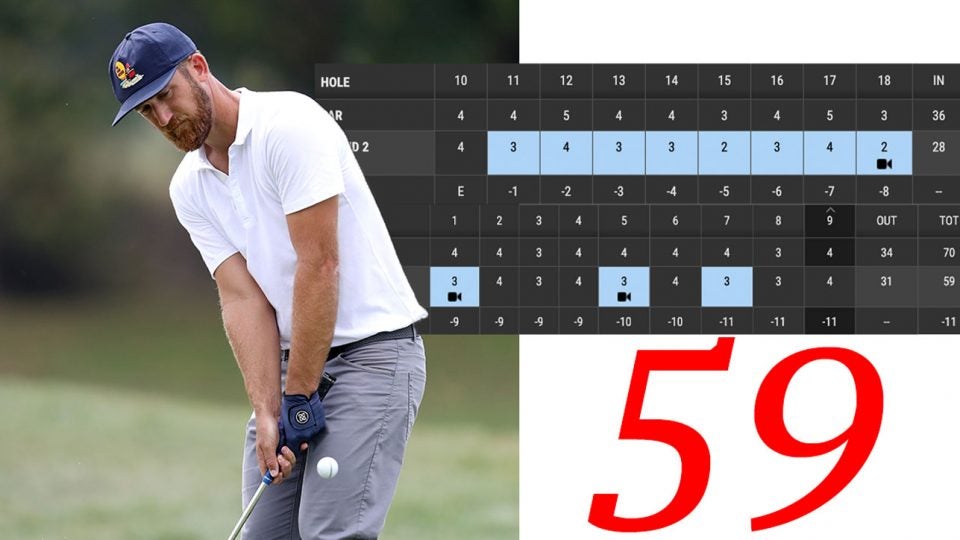 Kevin Chappell's return to the PGA Tour has been a splashy one thus far.
Getty Images

Kevin Chappell, fresh off a long break from the PGA Tour, is back and (in the meantime) better than ever. Chappell made nine-straight birdies during his second round Friday, tying a PGA Tour record in the process, en route to a 59.

Chappell kicked off his second round at the Greenbrier with a par, starting on the 10th, and then responded with eight-straight birdies to wrap up his front nine. Yes, you read that correctly. Chappell turned in 28 and added a ninth-straight bird on the 1st hole. All those circles on his scorecard seemed like some impossible scoring system flaw. Nope.

Nine-straight tied him with Marc Calcavecchia for a PGA Tour record, set back in 2009. Chappell had a solid chance for a 10th-straight birdie on the 2nd hole, but from 23 feet, he left his putt almost three feet short of the hole. Chappell added another birdie on the 5th, pushing himself to 10 under for the round. He had made just two birdies during a first-round 71 Thursday. Chappell polished off the memorable round with one more birdie, his 11th of the day, on the 7th hole before two pars capped off the 59.

Chappell’s splashy start to the season is perhaps more impressive when considering how long he’s waited for the opportunity. The 33-year-old had microdisectomy surgery last fall and did not play on the PGA Tour during 2019 to this point. This came not long after Chappell’s breakout 2016 season, which pushed him onto the 2017 American Presidents Cup team.

At 10 under for the tournament, he’ll be one of the final pairings entering the weekend in West Virginia. Joaquin Niemman, Robby Shelton and Scottie Scheffler lead the pack at 13 under.