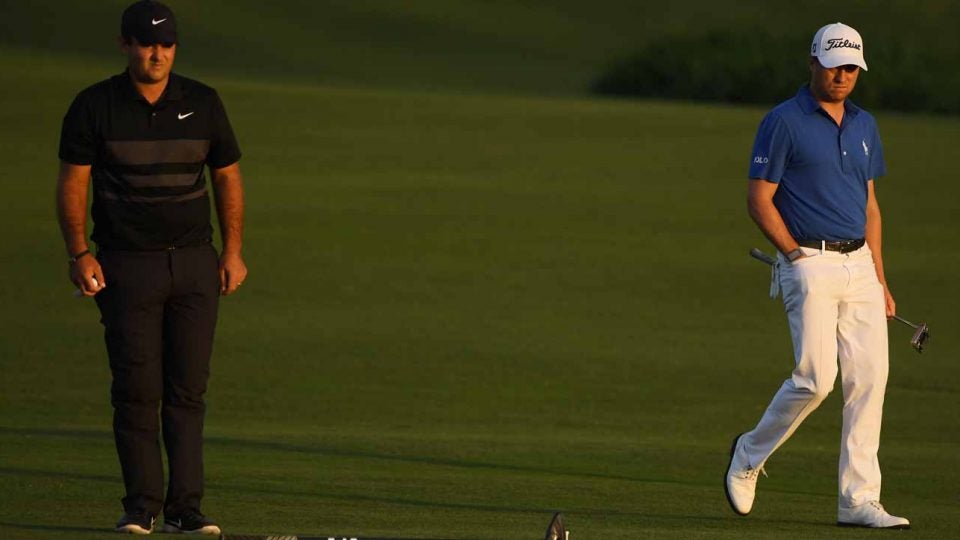 Patrick Reed and Justin Thomas each missed the cut at the Sony Open.
Getty Images

Same state, different result. Just five days after they were deadlocked in a Sunday sudden-death playoff at the Tournament of Champions, Justin Thomas and Patrick Reed tied again, each shooting 3 over for two days to miss the cut at the Sony Open.

“I played like crap, so I deserve to have a weekend off,” Thomas said after his round. The thing is, neither Thomas nor Reed is used to many weekends off. Thomas, who had entered the week as the heavy tournament favorite, hadn’t missed a cut since last year’s U.S. Open. In his 12 starts since, Thomas had notched three wins and 10 top-12s, including the victory last Sunday night.

But at Waialae he struggled around the greens, losing over three strokes putting to the field during the second round alone. Still, Thomas said he has no long-term concerns. “No, none at all. I’m playing great. Playing plenty good enough to still be winning this week. Probably was a little exhausted from last week, which is good thing.” A good thing, indeed. Wins are worth it.

Reed’s made-cut streak was even longer; he hadn’t missed a weekend since last year’s PGA Championship. Those 19 starts included a win at the Northern Trust and near-wins his last two times out, too. He got off to a hot start Thursday and opened with a 1-under 69 before playing his first eight holes on Friday in 5 over. He would go on to shoot 4-over 74.

Just 66 players made the cut at the Sony, and even Thomas and Reed were just nine shots off the lead after 36 holes. They weren’t the only ones; Matt Kuchar and Chez Reavie were among the tournament favorites who each shot 3-over as well.