Haotong Li’s Presidents Cup is off to a brutal start. He was the only player on either team to sit out both Thursday AND Friday — but it was once the action started that he really got himself in trouble.

Paired with Marc Leishman in the first match of the day, Li blocked his tee shot on No. 2 into the trees down the right. He found an awkward lie and punched out from the trees, but there was just one problem: he’d played out of order.

Justin Thomas was talking to his caddie when he noticed that Li had hit, and called over a rules official to discuss his options. Essentially, his question was this: What happens when you hit out of order in match play? 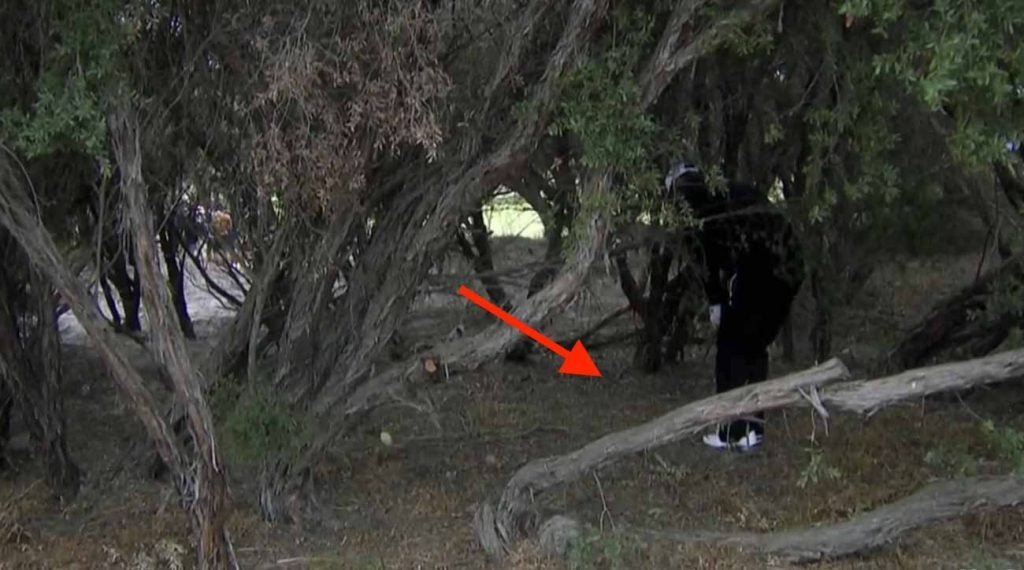 Haotong Li found himself in a spot of bother on No. 2.
Getty Images

According to the USGA:

“There is no penalty…if a player plays out of turn.

“However, when a player has played out of turn in match play, the opponent may immediately recall the stroke played and require the player to play in the correct order.”

Sure enough, that was the option Thomas chose. Dustin Johnson, spectating the match, laughed as he realized what was happening. Li saw the humor in it, too, for a moment. Then he actually had to go through the process of re-hitting his second shot. It didn’t go well. As he tried to punch out, his ball struck a tree branch and ricocheted backwards, ending up behind him. Li faced 218 yards for his second shot — and 220 yards for his third. Hit hit another tree with his next effort. Needless to say, he was not a factor in the hole. When Thomas cleaned up a birdie of his own, the Americans went 1-up.

Rules
Rules you can use: What to do if wild animals attack your golf ball

This is typically the part of the story where we’d advise you to keep this one up your sleeve for a match down the road, but with this particular rule it’s a grey area. Sure, you’ll technically have the rules on your side — but the wrong opponent might not appreciate your close reading. Deploy with care!