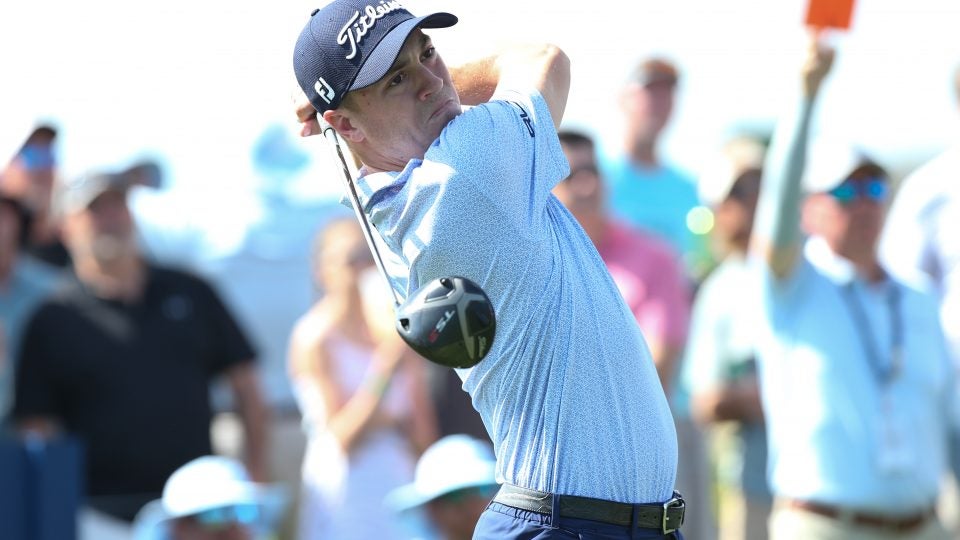 Justin Thomas showed off a unique collection of cups on Saturday.
Getty Images

You can tell a lot about a person by the cups that they keep.

Justin Thomas is an Alabama fan. He played golf for the school. He was a guest picker for ESPN’s “College GameDay” when the Crimson Tide football team hosted LSU last fall. He has Nick Saban’s phone number in his contacts.

In Thomas’ cupboard are at least eight ‘Bama cups.

Jason Dufner is an Auburn fan. He played golf for the school. Dufner’s Tigers and Thomas’ Tide hate each other.

In that same cupboard is an orange cup from the Jason Dufner Foundation. The Iron Bowl rivalry apparently dies when you’re friends — or thirsty.

With the PGA Tour on hiatus until the middle of May due to the coronavirus, Thomas proudly posted a picture of his newly remodeled cup cabinet to his Instagram story on Saturday, writing: “Today’s activity. Clean out/organize the cups. That got me to 12:30 now what.” 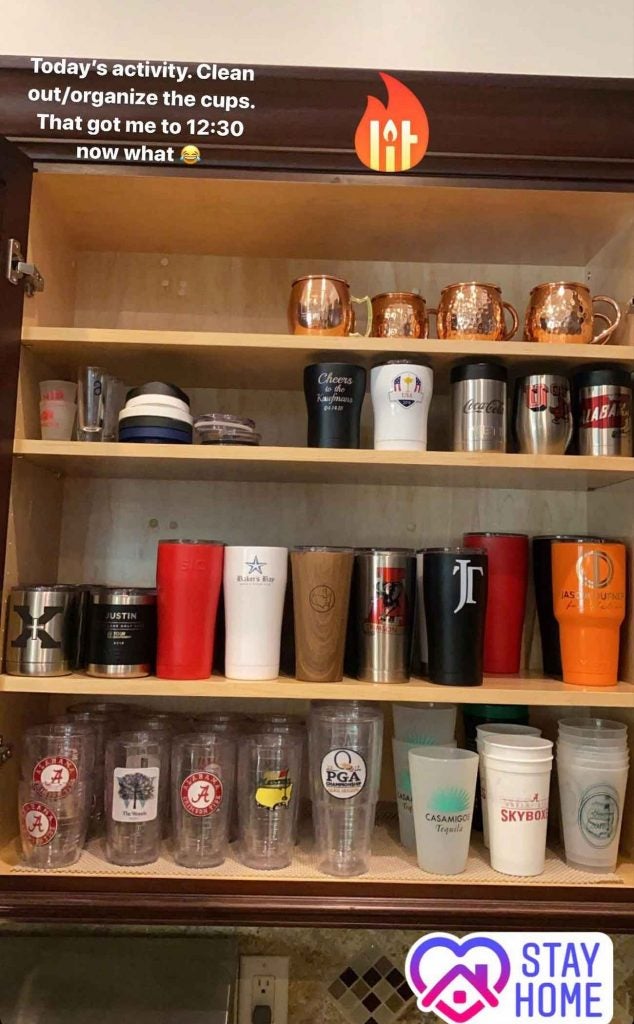 Let’s call that observation No. 1. Here are six more:

3. Other golf tournaments are well-represented, too, with at least seven Masters cups on the bottom shelf and one on the second. There is also a cup from the Tour Championship, and one from the Ryder Cup.

4. The Dufner cup is not the only friend cup. He’s got one for standing up in the April 14, 2018, wedding of fellow pro Smylie Kaufman. Thomas, Kaufman, Rickie Fowler and Jordan Spieth also once upon a time spring-breaked in Baker’s Bay in the Bahamas — oh, and there’s a Baker’s cup, too.

5. The man knows his booze. There are three cups with the logo from Casamigos Tequila, which was founded by actor George Clooney (alongside Michael Meldman, who owns Discovery Land Corp., which owns Baker’s Bay — it’s all connected!) and five copper mugs that look ready to house a handful of Moscow Mules.