Justin Rose eyes return to World No. 1, but trails Haotong Li by three in Turkey 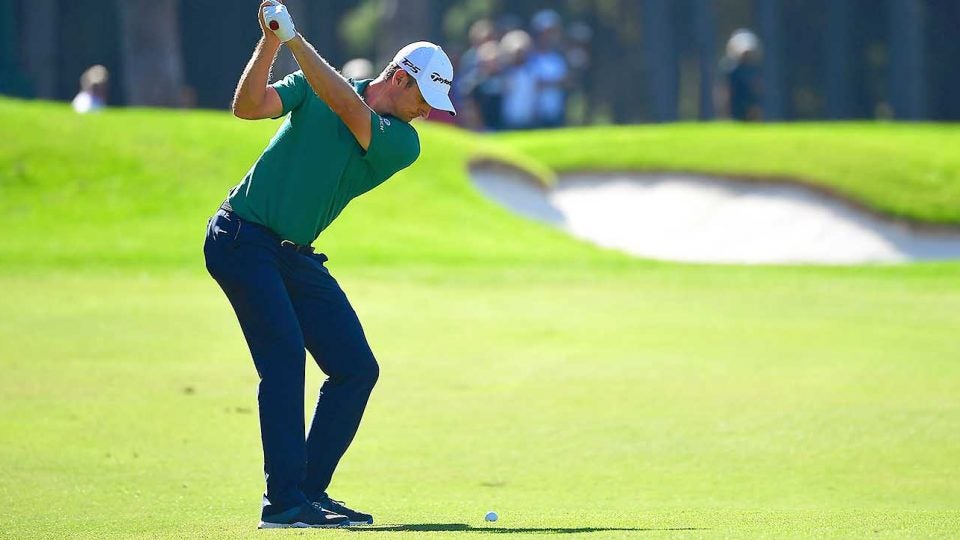 Justin Rose made six birdies and four bogeys in his third round in Turkey.
Getty Images

The No. 1 spot in golf’s World Ranking has become a musical chairs act. Justin Rose is in position to take it again – but first he’ll have to chase down a rising young star from China.

Rose, currently No. 2 in the world, shot a two-under 69 in round three at the Turkish Airlines Open, and he trails Haotong Li by three shots heading into Sunday’s final round. Li, the 23-year-old from China who burst onto the scene earlier this year by fending off Rory McIlroy to win in Dubai, fired a sizzling eight-under 63 to reach 17-under for the event. Li’s hot round featured six birdies and a hole-out from the fairway on the par-4 10th hole for eagle.

Rose chipped in for a birdie on 5, one of six birdies he made on the day. But on 18 he hooked his three-wood tee shot into the water and bogeyed the hole. He finished with four bogeys to offset most of those six birdies.

If Rose wins, it’ll be the fourth time the No. 1 ranking has changed hands in less than two months. The 38-year-old is looking to swipe the top spot from Brooks Koepka, who took it two weeks ago from Dustin Johnson. DJ took it from Rose, who grabbed it from DJ in September for the first time in his career. Get all of that? So, with a win, Rose would complete the No. 1 ranking’s recent circle: Rose-Johnson-Koepka, and Sunday, Rose again.

Li, meanwhile, is looking for his third title on the European Tour.

“I really want to win this week and play my best tomorrow,” he said. “I definitely got a lot of confidence from Dubai and since then I’ve been playing a lot of big events which has built my confidence, also.”

Joining Rose at 14 under is Alexander Levy. Thorbjorn Olesen is alone in fourth at 13 under. Ryder Cup star Tommy Fleetwood is two shots farther back, at 11 under.

But Sunday looks like it’ll be a battle between Rose and Li. Both players can make a big statement with a victory.