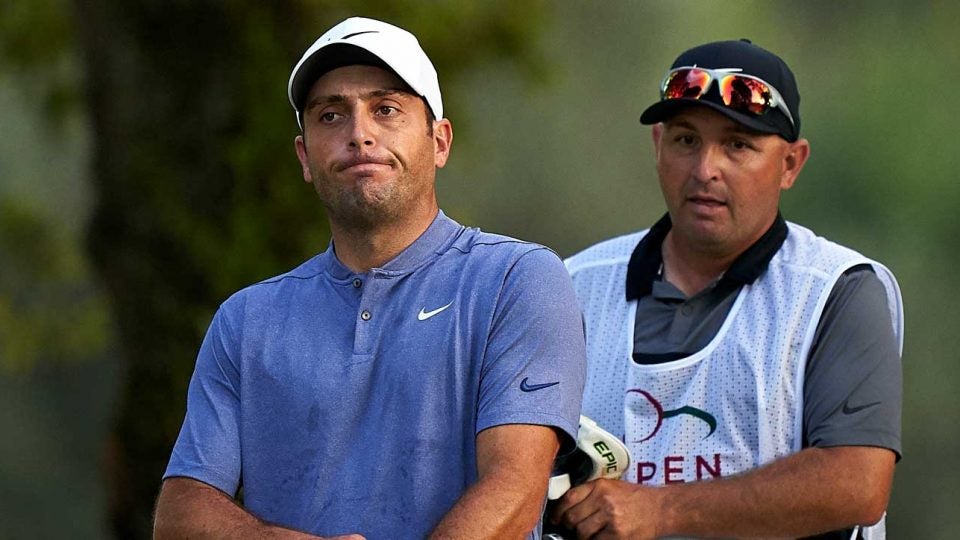 ‘Tis the season for making big changes on the PGA Tour, and Francesco Molinari announced on Thursday that he’s making a key alteration to his inner circle, effective immediately.

In a Twitter post in both Italian and English, Molinari explained that he’ll be parting ways with caddie Pello Iguaran, who has been on the bag for the past four years.

“It’s been nearly 4 seasons of incredible emotions and really productive work, but unfortunately relationships sometimes come to an end, even if it’s not what we wish for,” Molinari wrote. “Pello will always be a member of my team and more importantly my family. He’s one of the most hardworking, loyal, positive, reflective people I’ve come across during my career. We’ve had both good times and tough times on the course, but most importantly we both grew together and as individuals during our time together.”

Molinari ended his note by announcing that Jason Hempleman, who has caddied for several European Tour players including Colin Montgomerie, will be his caddie until the end of the season, and Mark Fulcher, who split with Justin Rose earlier this year after an 11-year run together, will pick up the bag at the start of 2020.

Fulcher has spent the last several months recuperating from an early-2019 heart surgery.

Molinari had a memorable run in 2018, winning the Quicken Loans and the Open Championship, and then going on to a dominating 5-0-0 Ryder Cup performance. His good form continued into 2019 with a win at the Arnold Palmer Invitational, but has stalled somewhat in recent months, as he didn’t make it past the BMW Championship in the FedEx Cup playoffs.