Why multiple pros are hitting 80-yard tee shots on No. 18 at the Sony Open 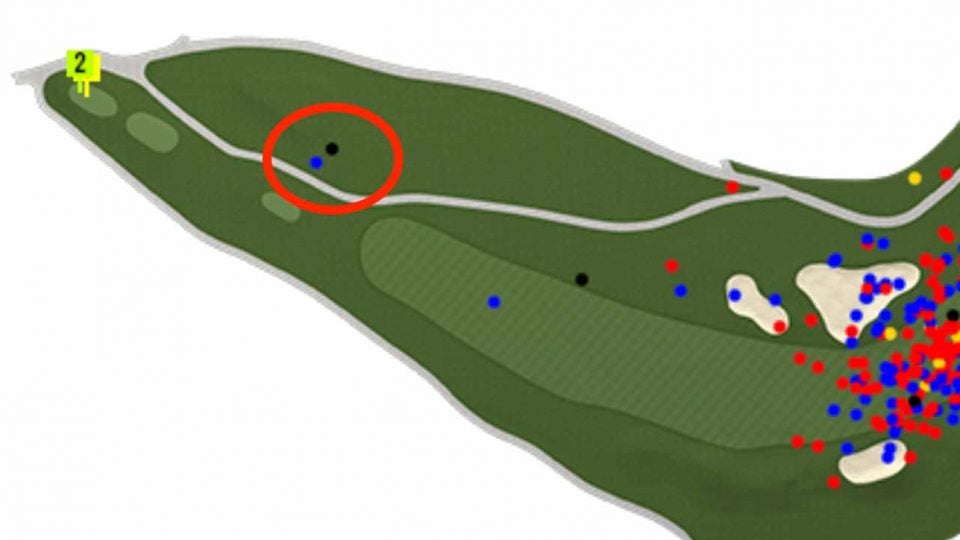 No. 18 at Waialae Country Club rewards an aggressive line off the tee. The dogleg left par-5 is listed at 548 yards, but a high draw over the left trees can leave a short-iron approach. Justin Thomas and Hideki Matsuyama were among those with just wedge left after 350-yard tee shots downwind at the Sony Open.

But with risk comes reward. Remember those trees? Enter J.T. Poston. When Poston got to No. 18 on Friday he was in need of a spark, sitting two-over for his round and three-over for the tournament, on the wrong side of the cut line. He pulled driver — but then the trees got in the way. That is how Poston’s tee shot settled just 84 yards away.

The good news? Poston was at least taking the most direct route to the hole. His second shot ended up on the 11th teebox, still 266 yards away. From there, with Patton Kizzire and Zach Johnson looking on, he hit a magnificent third shot that settled just five feet from the hole. Five feet!

You know what they say: Drive for show, putt for dough, right? After all that, Poston missed the five-footer for birdie and settled for a par. I bet it’s one he’ll remember.

If you dive into the numbers, you’ll realize just how strange Poston’s hole was. First, Poston actually lost 1.23 strokes to the field on his tee shot alone. Then he gained 1.67 strokes back on his approach shot (wrong hole or not). That missed putt? It cost him another .74 strokes. That’s the anatomy of a strange 5.

“Those trees off of 18 are not nice,” he tweeted after the round, adding “#playbetter.” He would go on to miss the cut by two shots.

Here’s the thing: Poston’s tee shot wasn’t even the only one that failed to crack the 90-yard barrier on Friday. Mark Hubbard made bogey after his tee ball traveled just 88 yards. Presumably he also ran into some tree trouble.

A selection of other tee shots:

Finally, there’s Charley Hoffman, who seems to have taken a distinctly different route to playing the hole. His two drives are the red-circled outliers on the top of the graphic below. The first round, he was left with just 147 yards and went on to make eagle; Friday he made birdie. Looks like a pretty solid strategy.

So as the weekend rolls on, keep your eye on those trees to the left of No. 18. They could just decide the tournament.