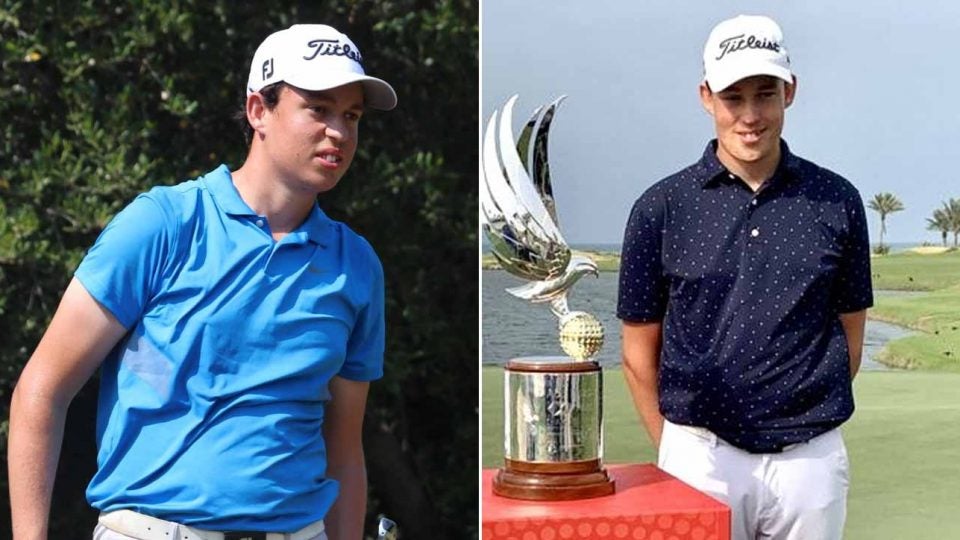 You probably don’t know who Josh Hill is, even if you’re a diehard golf fan. But you will know him soon enough, because the 15-year-old amateur phenom is about to take the golf world by storm.

On Wednesday, Hill won the Abu Dhabi Amateur Championship, closing out the victory with a birdie on the final hole at Saadiyat Beach Golf Club. It’s quite the accomplishment for such a young player, and it comes with benefits. For his win, Hill earned a spot in the Abud Dhabi HSBC Championship on the European Tour in January.

🎉 Congratulations to 15-year-old Josh Hill, on an incredible win at the Abu Dhabi Amateur Championship!

🤩 THE YOUNGEST EVER GOLFER TO PLAY AT OUR CHAMPIONSHIP AT 15 Y/O!#RolexSeries pic.twitter.com/f3exdrsi3T

But that’s only half the story. Believe it or not, Hill was already prepping to play a European Tour event next month.

The Dubai-born teenager shot a final-round 62 to win the Al Ain Open on the Mena Tour in late October, becoming the youngest-ever winner of an event recognized by the Official World Golf Ranking. That trumped the previous record-holder, Ryo Ishikawa, who was two months older than Hill when he won the 2007 Munsingwear Open KSB Cup.

We can now confirm that at age 15 years six months and 27 days, Josh Hill is the youngest winner ever in an @OWGRltd event beating Ryo Ishikawa’s record of 15 years and 8 months.

Won the Al Ain Open by Arena at @AESGC today on 17-under par. pic.twitter.com/oNXer2mICP

Along with the trophy, Hill earned a spot in the European Tour’s Omega Dubai Desert Classic. That event will take place January 23-26, exactly one week after the Abu Dhabi HSBC Championship, which begins January 16. That means Hill will tee it up in back-to-back premier Euro Tour events before he would be legally allowed to drive in the United States.

How many 15-years-old can boast of earning back-to-back @EuropeanTour starts?
Josh Hill will do that in January 2020.
Gets into @OMEGAGolfDubai Desert Classic by winning @theMENATour OoM.
In @ADGolfChamps by winning AD Amateurs.
Incredible indeed!! pic.twitter.com/FXklsI4uJR

Hill is no stranger to making headlines with his golf on the junior and amateur circuits. He won an incredible eight events in three months back in 2018 to win the Emirates Golf Federation Order of Merit.

But professional golf at the elite levels is an entirely different animal. It’s impossible to predict how any young phenom’s game will translate on the top Tours, so we’ll have to wait until January to see how he handles the big stage.