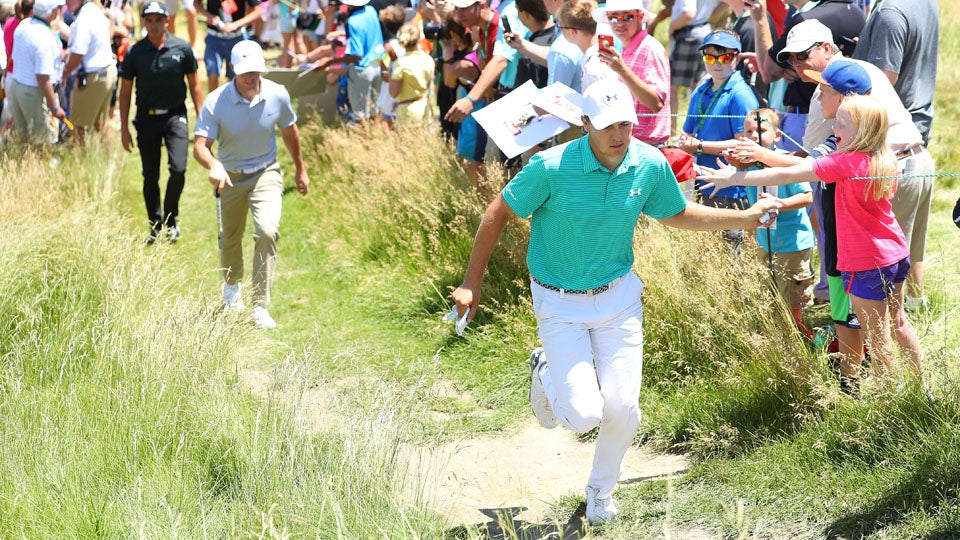 Want a Jordan Spieth autograph? Then be respectful of the kids around.
Getty Images

At his Monday press conference ahead of the 2016 U.S. Open, Jordan Spieth discussed some of the finer points of on-course autograph etiquette. Namely: if you’re an adult (especially an adult who plans to sell the signature on eBay) and you’ve crushed a kid out of the way to get ahead of the crowd, he’s not signing anything for you.

He described an incident on the range at Oakmont earlier that day in which a kid hoping for a Spieth autograph was getting pushed out of the way by professional sellers.

“There was a little kid with sunglasses who looked kind of smooshed,” Spieth said. “He was taking it like a champ, though. He was still smiling and holding out his flag. But I got his flag and said to the guys that were smoothing him, which happened to be eBayers, sellers, professionals. So it was pretty easy for me to tell them, ‘No, you smoosh a kid, I’m not signing for you. I’m going to go sign for the next person over here.’ It’s nice to have an excuse not to have to sign for the sellers because we don’t enjoy doing that.”

Bottom line: If you want Spieth’s autograph, it’s probably best not to push a child out of the way in your attempts to get it.