PEBBLE BEACH, Calif. — Jordan Spieth and his longtime caddie, Michael Greller, have in many ways embodied the 2019 U.S. Open so far.

It started during the first round on Thursday. Spieth snapped at Greller after hitting a shot into the water and then another one over the green. He appeared upset with Greller’s club suggestions. Spieth said he hit two “perfect” shots but wasn’t rewarded for them. After his round, both Spieth and Greller brushed off the incident.

Fast forward to Friday’s second round. Spieth, finding the greenside bunker off the tee, hit what appeared to be a good shot only to catch the lip of the bunker.

These hot Fox mics are doing Spieth ZERO favors this week. Comes across like the petulant child he can be. Hitting awful shots and blaming his caddy. “Yes there is a rake there” – Greller- as we watch their relationship devolve to no fault of Michael’s pic.twitter.com/LmZioVtRoa

He looked utterly bemused after the shot. 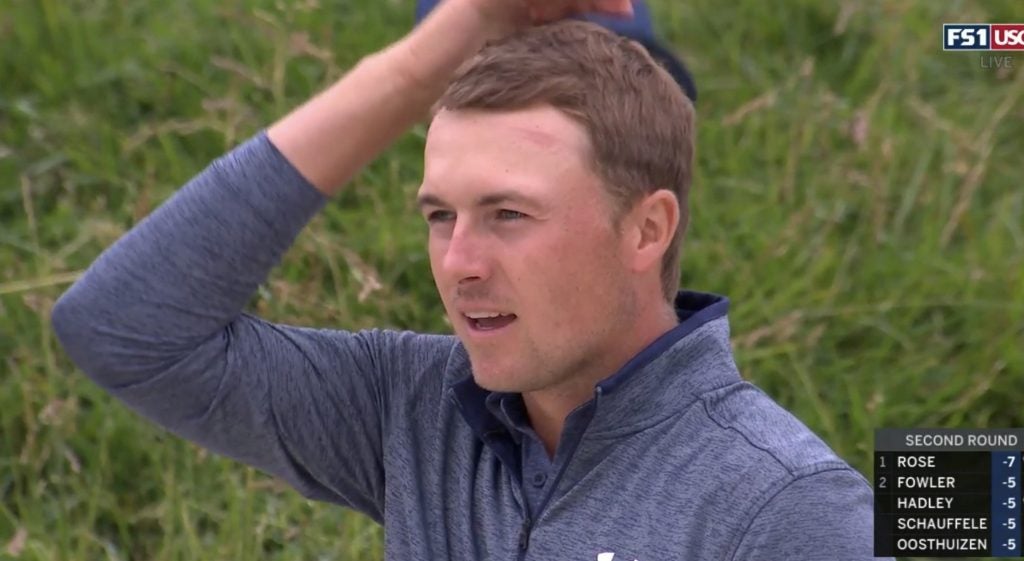 At first it looked like Spieth had simply hit the lip of the bunker, but replays showed there was indeed a rake planted within the long grass of the fairway bunker. Spieth’s ball cleared the lip and slammed into the rake, which deflected it into the rough.

“Yes, there is a rake there,” a frustrated Spieth said to his caddie. 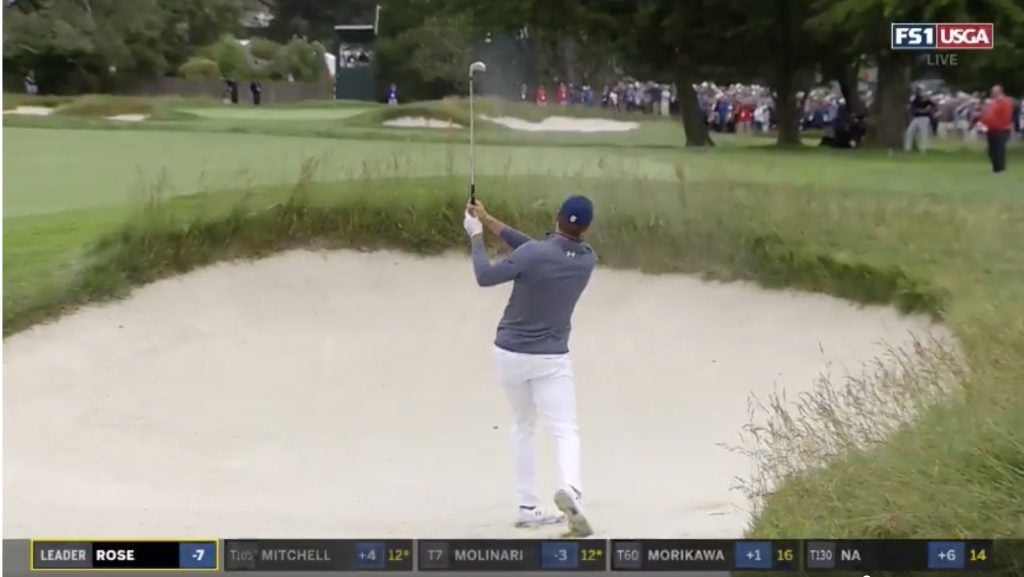 Spieth advanced his ball forward from the rough, wedged onto the green, and then made the putt to save a great bogey.

Was it Greller’s fault? In a perfect world, the caddie would spot it and move it. But I’ve stood on that spot — the grass is really long. It’s certainly easy to see how a rake nestled down in there could be hidden from view. After all, Spieth didn’t even appear to see it.

Spieth acting like a child on the course, my God. It’s not your caddie’s fault when you fly a ball 30 yards over the green because you skull it or his fault when you don’t see a rake in front of the bunker, that’s on you.

yesterday was a Spieth quake and today there was this bit

Greller: “Yes…. there’s a rake there”

hey Jordan… can you say…. #tough

That has got to be on Spieth’s caddie to get that rake out of the way. #USOPEN2019

Jordan Spieth hits a rake on a shot out of a fairway bunker on #11. That's on his caddie.

Terrible break for Spieth, hitting a rake coming out of fairway trap. That's also on his caddie, Michael Greller, for not noticing it. @usopengolf

Should Jordan Spieth’s caddie have seen the rake? Announcers say it was camouflaged and you never would have seen it.

Is Spieth going to blame his caddie for that rake being there?

Jordan Spieth cuts a frustrated figure as his second from the fairway bunker catches the rake, which was hidden in the rough just above the trap!