After a first-round 66, Jordan Spieth seems to have left his struggles behind 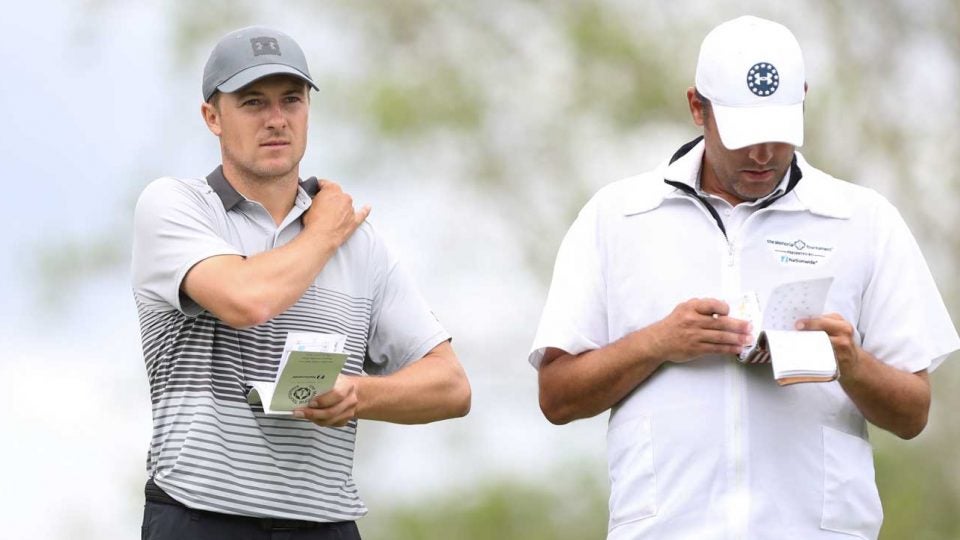 Jordan Spieth is looking for his first win since the 2017 British Open.
Getty Images

DUBLIN, Ohio — Jordan Spieth, proud owner of a flashy 66 here on Thursday, has three major titles: the 2016 Masters and U.S. Open, and the 2017 British Open. He’s a twentysomething (25). Brooks Koepka, likely living large in a South Florida gym this week, has won four majors: the 2017 and ’18 U.S. Opens, and the 2018 and ’19 PGA Championships. He’s a twentysomething (29). But aside from those significant facts, they couldn’t be more different, right?

You know the deal: Koepka plays the game with his chest out, like a cleanup hitter, and if a troubling thought has ever crossed his mind on his fairway marches it’s not apparent to the millions of us watching. Then there’s Spieth and his brainy, emotional, skinny-guy golf. The intra-hole castigation. The flop sweat. The towel-biting. Is this guy always on his tippy-toes or does it just seem that way? The great, great Spieth press-tent moment came after his win at Birkdale, where he began the final round with a three-shot lead over Matt Kuchar, before four straight bogeys out of the chute, which tied the game up. After the dust had settled and the jug went up, Spieth said, “I was questioning. Why couldn’t I just perform the shots that I was before. Sometimes you just can’t really figure it out, put your finger on it. Am I pulling it? Pushing it? Am I doing both? What’s going on with the stroke? It’s just searching… That kind of stuff goes into your head. I mean, we walk for two minutes, three minutes in between shots. And you can’t just go blank. You wish you could, but thoughts creep in.”

And then there was Koepka, at Bethpage. Brooks Koepka had a seven-shot lead through 54 holes and a one-shot lead through 68. You know what happened? Thoughts crept in! You didn’t think it was possible — or I didn’t, anyhow — but when the dust settled and the trophy went up, the man admitted it. He admitted it!

And at that moment, Koepka sounded for all the world like Jordan Spieth. And you never liked him more.

I had a New York minute with Spieth in the locker room here on Thursday afternoon, and told him (guessing he hadn’t seen it himself) about the similarities between his Birkdale comments and Koepka’s Bethpage comments. I said those of us in the duffing class found ourselves asking the exact same questions, while kicking away a three-up lead with an X, a 7 and a 6. “I get that,” Spieth said. “It’s really the same game for all of us.”

You’re rooting for this guy, right?

Jack Nicklaus is, too.

Spieth has not won since that victory at Birkdale and on Tuesday afternoon Nicklaus spent a couple minutes analyzing Spieth’s journey since then.

“Jordan is trying to make some adjustments in his swing. He’s been trying this for about a year. He’s paying the pain. But he will be better off for it.

“I’ve been watching him quite a bit on television because I like him a lot. What is he, 25? Don’t worry about him. He’s going to be just fine. I can understand you’ve got a guy who won three major championships, and then he can’t play at all. You feel bad for the guy. I feel for him. But his work ethic and his desire to win is there. When you have that, you’ll do fine. A competitor is a competitor and a winner is a winner. And he’s both.”

Spieth’s 66 on the par-72 course that feels like a U.S. Open venue was a most excellent way to start the week, but it was also a most excellent adventure. Spieth, playing for his fourth consecutive week, chipped in twice. He made a bomb on the par-5 fifth for eagle. But he also drove it (and 3-wooded it) in play all day long, missing only two fairways.

Tough lie in the rough. ?

Pitches it over the green. ?

One of his chip-ins, on the par-5 11th, rattled the flagstick before falling in. It was hot. The card said 4. He could easily have been a 6.

“I was not deserving of that birdie,” Spieth said. “I felt like I stole one.”

This is golf. Thoughts creep in. You make birdies you don’t deserve, you make bogeys you don’t deserve. You go to the range, looking for tomorrow when the whole world wants to ask you about yesterday. You play a first week, a second week, a third week, a fourth (a T29, a T3, a T8). This week, we’ll find out soon enough. A week off, then to Pebble. The brain gets mushy. You try to groove your new thing. You probably know that Nicklaus is watching, that Nicklaus is rooting, but he can’t hit the ball for you. It’s a long road back. Next time, Koepka will be on the tee sheet, too, tanned, rested and ready. Thoughts creep in for him, too. The games not easy, not for anybody. But a 66 is a 66. 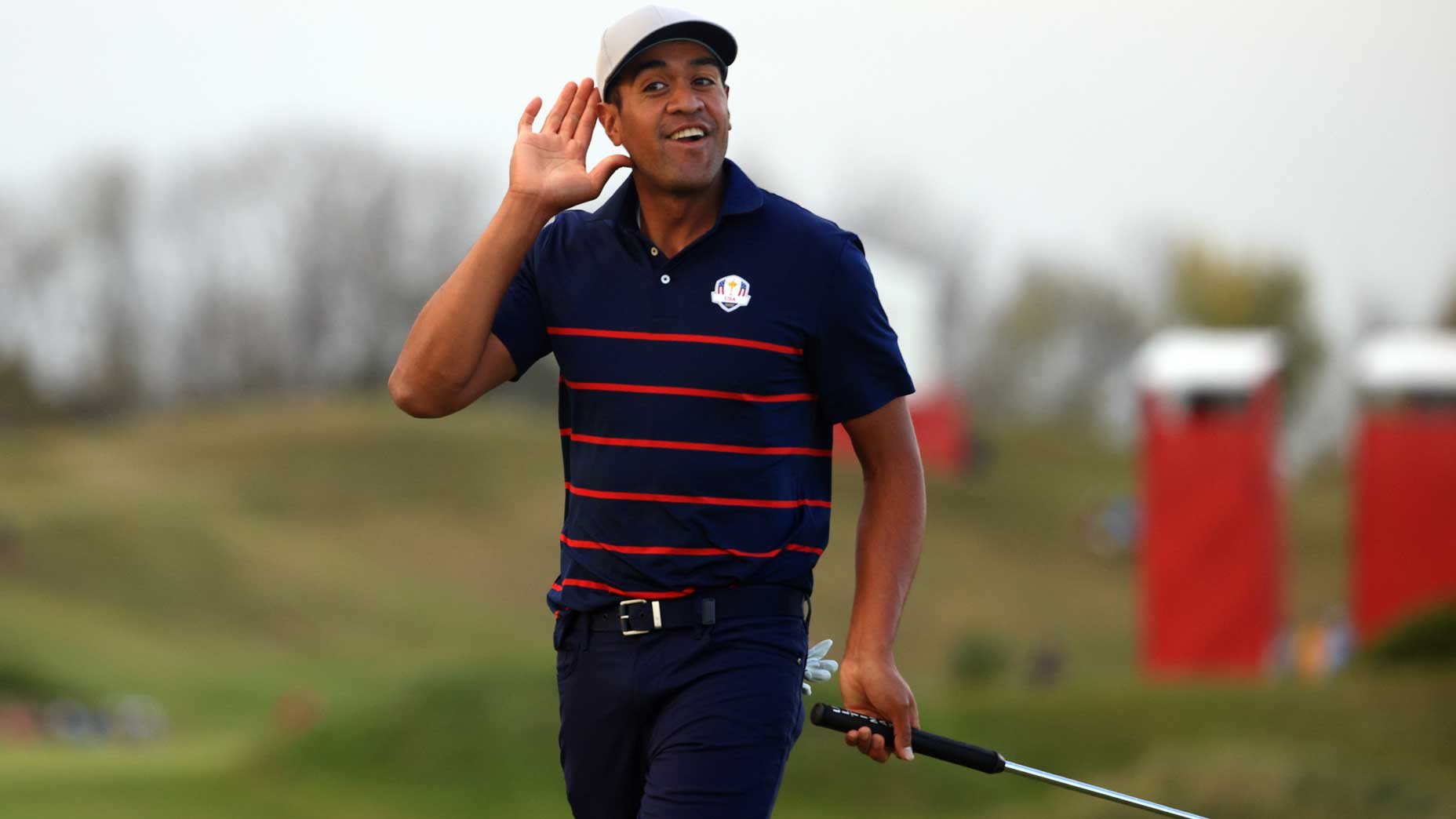 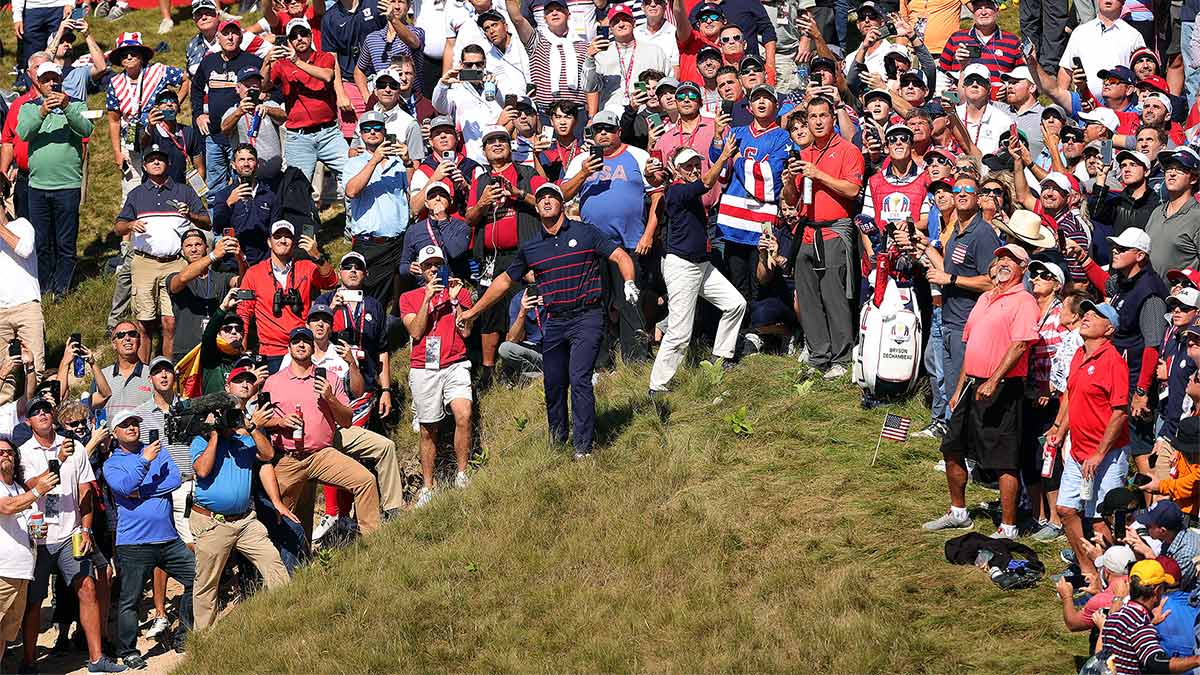 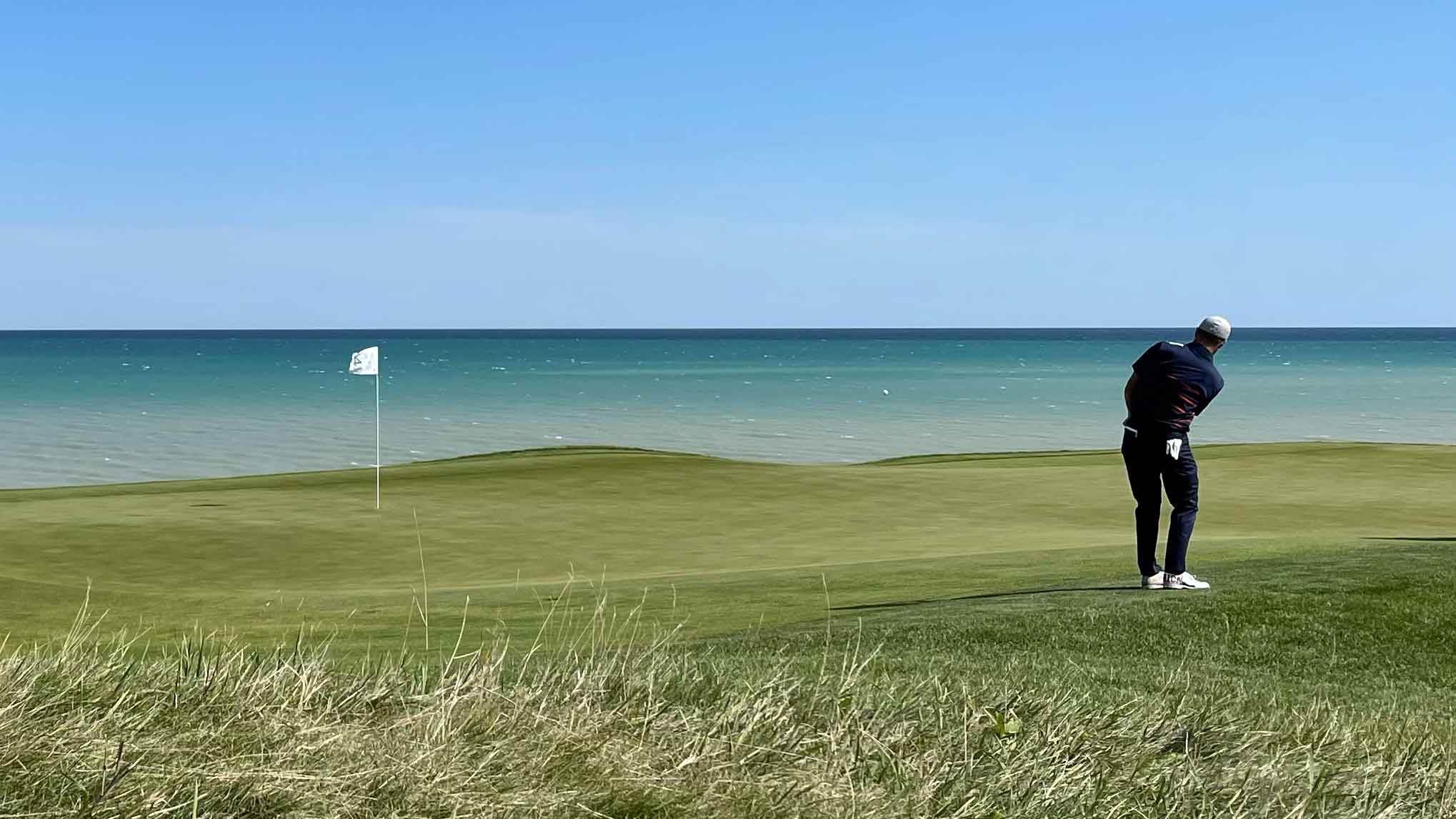 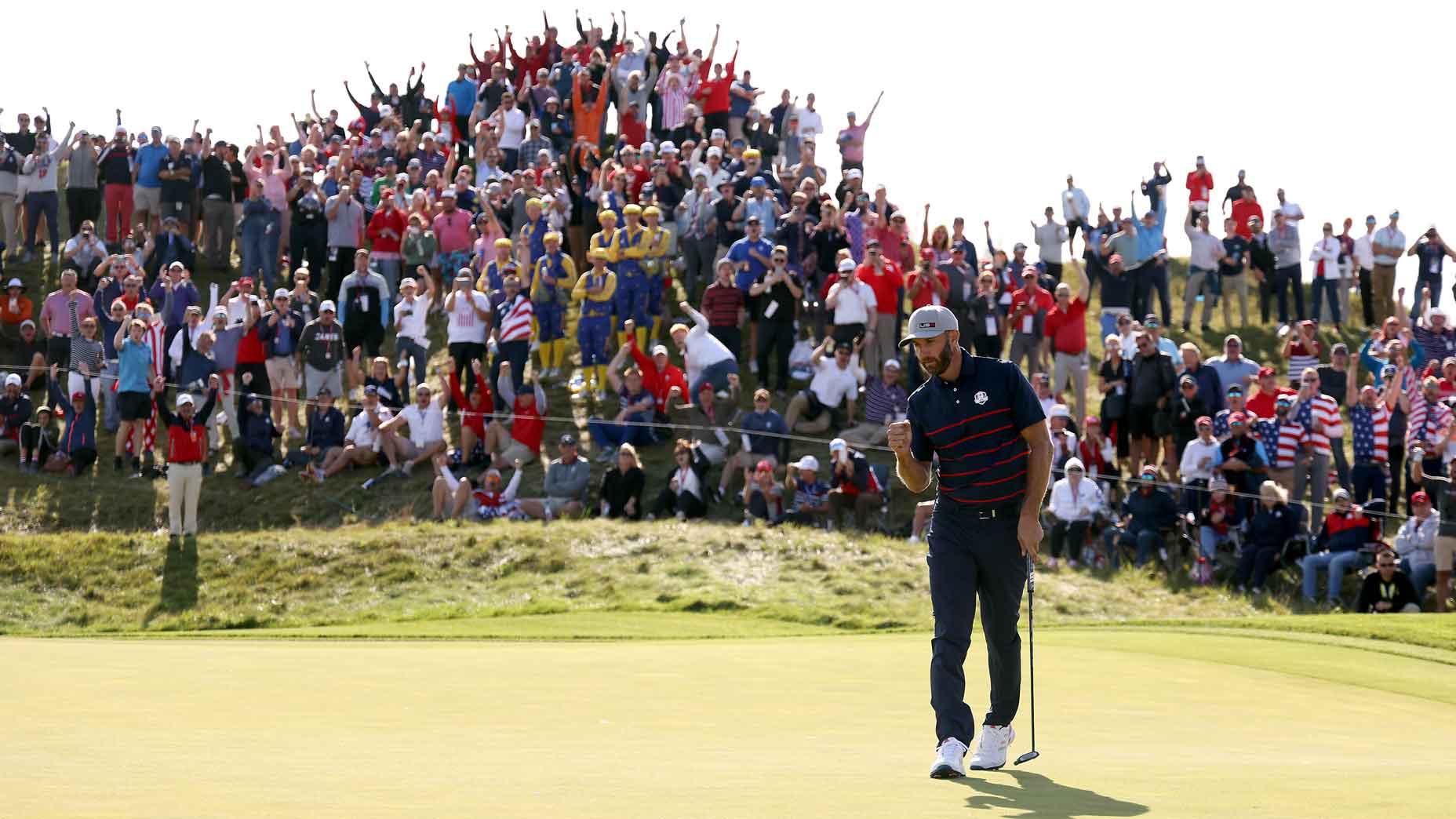 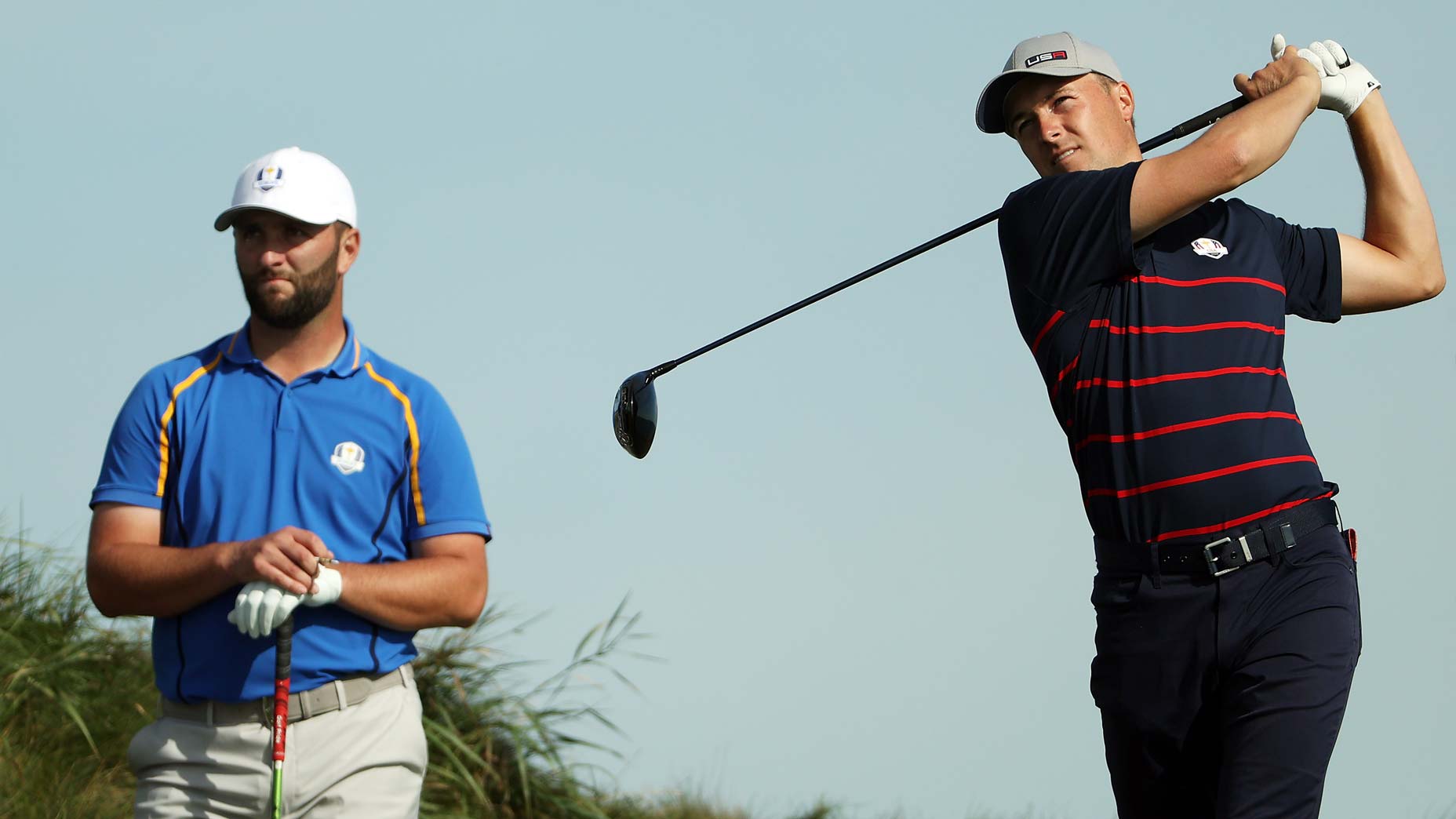