The 30-second guide to the Hero: Rahm wins and what else you missed 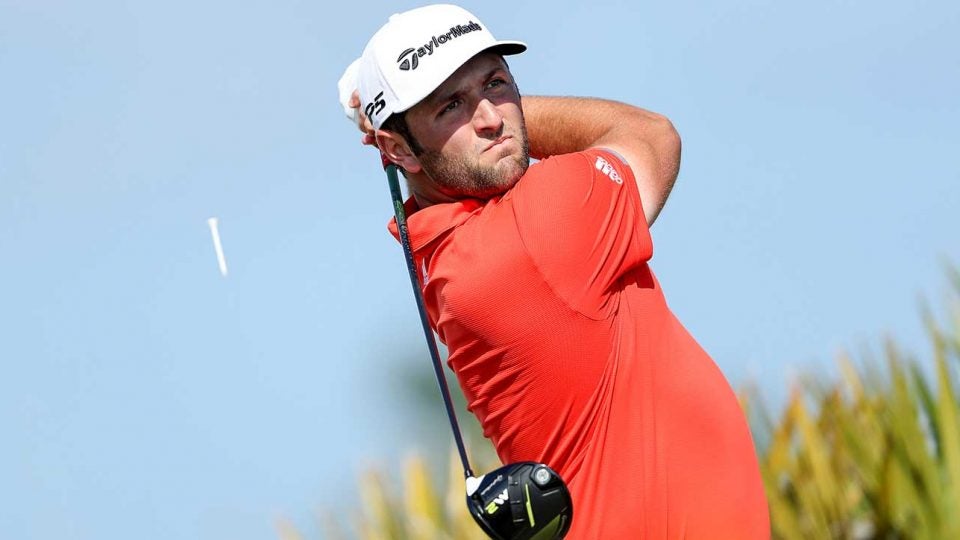 Jon Rahm tees off on the 4th hole during the final round of the Hero World Challenge on Sunday in the Bahamas.
Getty Images

The living was easy this weekend for all 18 players in the Hero World Challenge, Tiger Woods’s cut-free event in the Bahamas. So we won’t make it hard for you to get caught up. Here’s all you need to know about Sunday’s final found.

Why it Matters: If Rahm’s Sunday singles win over Tiger at the Ryder Cup was a bold-lettered statement, his Sunday win in Tiger’s tournament was a punctuation mark. Starting the day tied with Henrik Stenson and Tony Finau, the Spaniard ran away from all contenders with a closing 65, four strokes clear of Finau in second place. And they weren’t just any contenders. The field featured 14 of the top-20 ranked players in the world.

What a victory for @JonRahmPGA. 🏆🇪🇸

Speaking of the World Ranking, Justin Rose was on the verge of reclaiming the top spot from Brooks Koepka, thanks to his sizzling Sunday 65. That changed, though, when Finau’s birdie putt dropped on the final hole, knocking Rose out of a tie for second place in the event. The Englishman may soon get back on top, but his ascent will have to wait.

The long-hitting Spaniard made the most of Albany’s longest holes, playing the par-5s in a scorching 13 under for the week, including birdies on all five par-5 on Sunday.

The Longest Day on a Short Par-4: Tony Finau on the 14th

At just 291 yards, the 14th was drivable for everyone in the field. For the big-hitting Finau, it was just a three-wood. But he pulled his tee ball wide into the sand and wound up making double-bogey to Rahm’s birdie, turning a short hole into a painful and pivotal one as well. 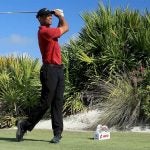 In last place heading into the final round, Woods put things further into reverse, playing the front nine in sloppy four-over 40.

Best Battle for the Basement: Tiger Woods and Hideki Matsuyama

Matsuyama was dead last, one behind Tiger for the week, when his birdie putt on 18 drifted wide. A miss for Hideki, and a bullet dodged for Woods, who narrowly avoided finishing tied for worst in his own event.

It was a tale of two weekends for Patrick Cantlay, who bounced back from a woeful 76 on Saturday with a sizzling final round eight-under 64.

With his tournament in the books, Woods hopped on a long flight to Melbourne, Australia, for promotional work in advance of next year’s Presidents Cup, where he will serve as U.S. captain. His next confirmed PGA Tour appearance is not until the 2019 Genesis Open, at Riviera, in February.