While 11 of the 18 players in the field at this week’s Hero World Challenge are prepping for next week’s Presidents Cup, Jon Rahm has an even bigger event to attend — his wedding.

Rahm will marry fiancee Kelley Cahill next week at a church in his native Spain. He and Cahill are tying the knot at a church Rahm grew up attending with his grandmother.

But Rahm still wants to repeat as champion at the Hero, first.

“It’s a happy occasion, it’s a joyful occasion, so it’s not like my mind’s going to wander,” Rahm said on Tuesday, ahead of his opening-round 70 on Wednesday. “I’m focusing on this week, I want to defend and I want to finish the year strong. Nothing better than finishing with three in a row, so my mind’s on this week, so once it’s over I’ll focus on (the wedding). But yeah, I still, every time I go home, there’s some texts and phone calls I need to make after the golf course because there’s some things to tie up and finish up, but when I’m on the course I’m not thinking really about it.”

Rahm and Cahill met when they were students at Arizona State (she was on the track and field team) and got engaged last summer. 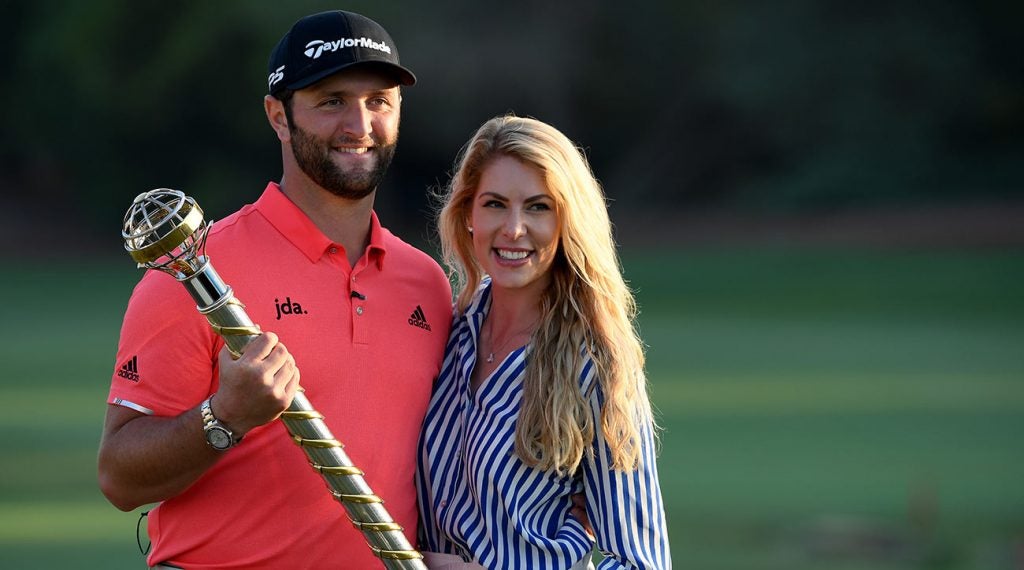 Jon Rahm and Kelley Cahill pose for a picture after Rahm won the DP World Tour Championship on Nov. 24 in Dubai.
Getty Images

In a lighthearted moment during Tuesday’s press conference, Rahm was asked what he was most looking forward to about the wedding.

“Part of the day? What part, I mean…it’s pretty self explanatory, right?,” he said. “Oh, I could say so many bad stuff right now.”

“When I see those doors open and see her walking down the aisle for the first time, I think it’s going to be what I’m looking forward to the most, that first moment of seeing her walk down the aisle,” he said. “But there’s so many possible parts of the day I could mention, but I think that’s the single moment probably that I’m looking forward to the most.”

Rahm’s second round of the Hero begins at 11:45 a.m. on Thursday. He’s paired with Henrik Stenson. 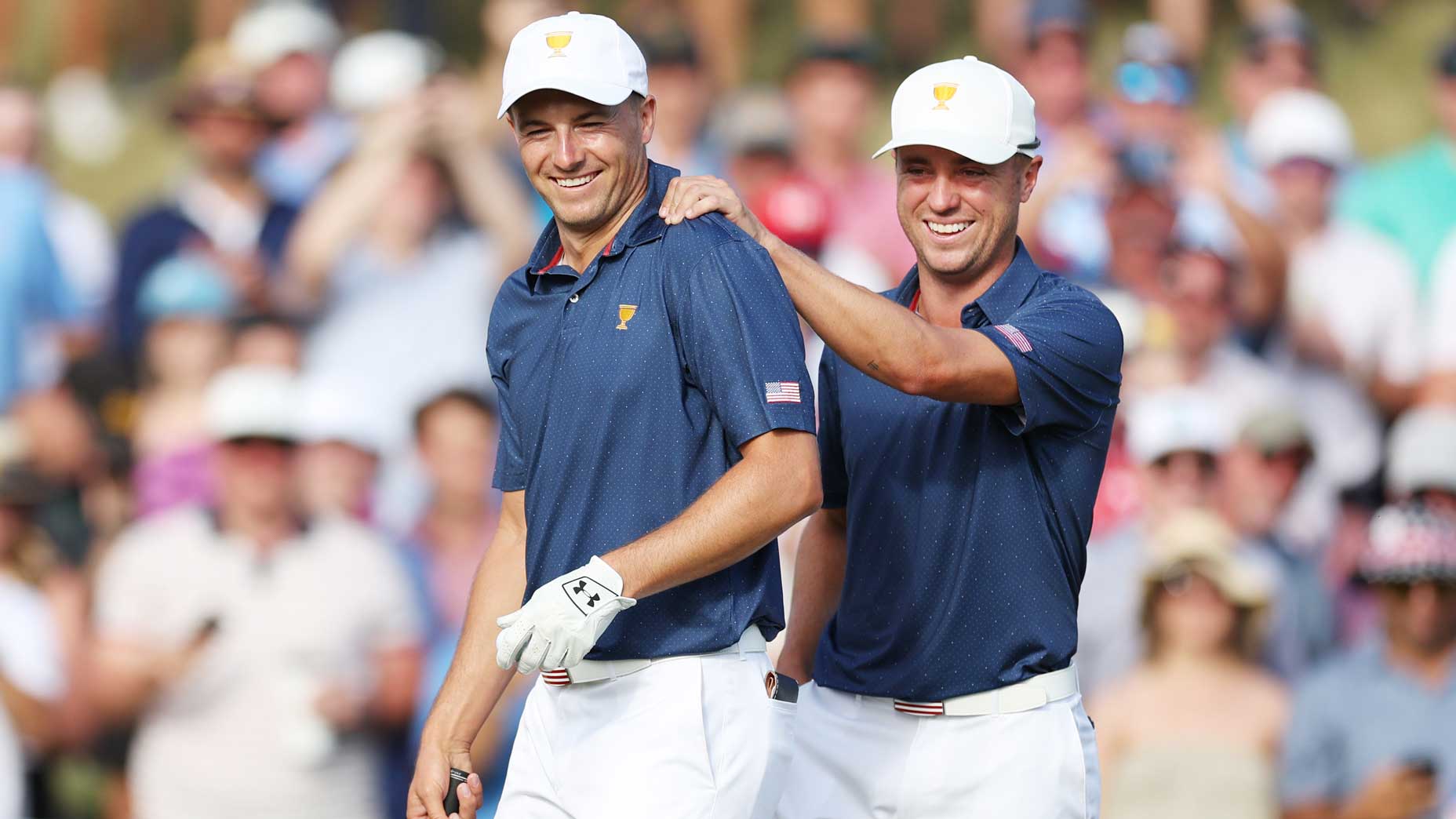 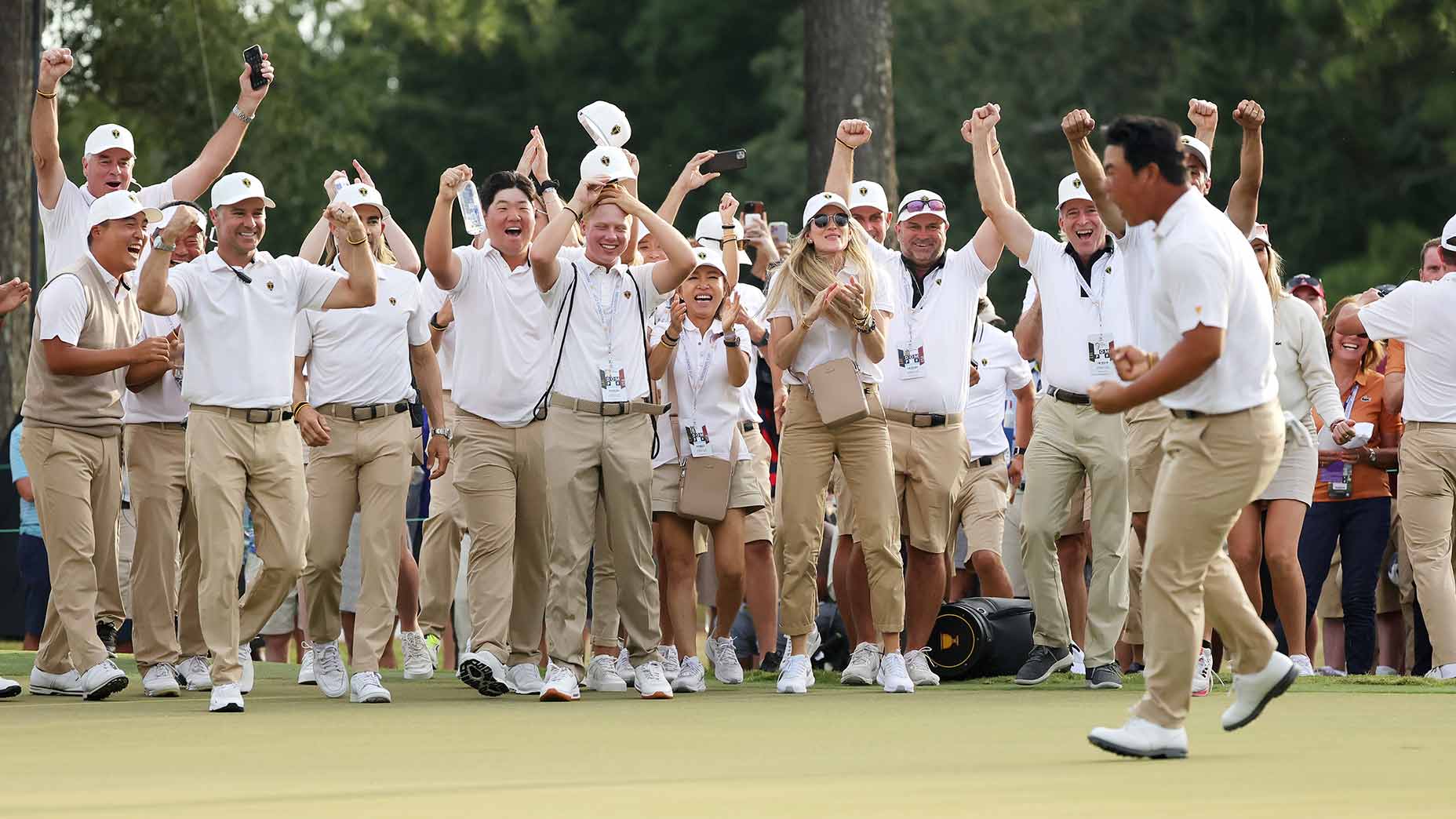 Tour Confidential: Can the Internationals actually pull off the Presidents Cup upset?

Tour Confidential: Can the Internationals actually pull off the Presidents Cup upset?
Go to mobile version