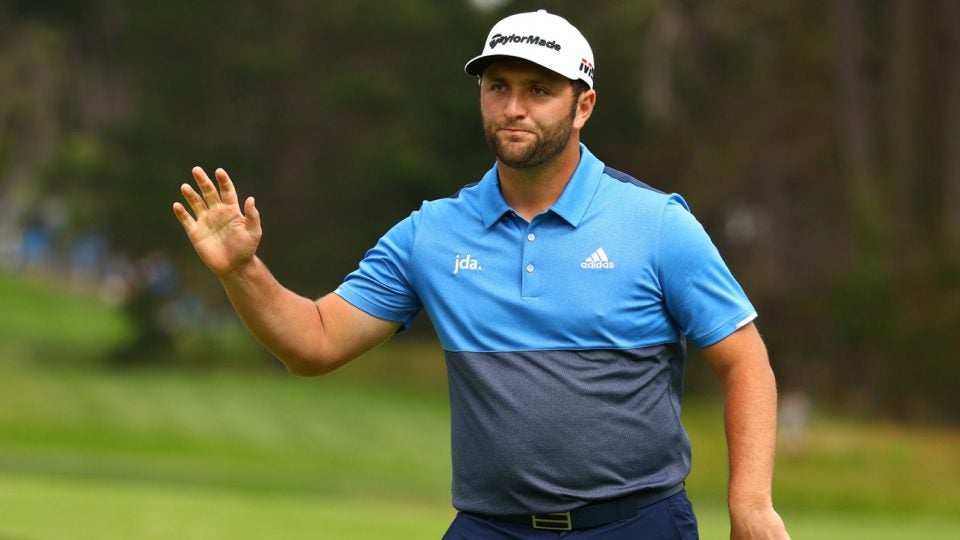 Sunday’s final round of the Dubai Duty Free Irish Open at Lahinch Golf Club belonged to only one man: Jon Rahm. The No. 11 player in the world shot a final round-best eight-under 62 on Sunday to capture his second Irish Open title in three years.

The 24-year-old Spaniard trailed 54-hole leader Robert Rock by five shots heading into the final 18 holes of the tournament. After shooting a six-under 64 on Saturday to get within striking distance of the lead, Rahm turned on the jets and never looked back.

Beginning the round at eight-under overall, Rahm registered four birdies on the front nine to make the turn at 11-under overall and three-under 31 for the day. The 2017 Irish Open champion then shot five-under 31 on the back nine, including four birdies and an eagle, to close out the two-stroke victory.

Rahm’s victory on Sunday marks his fourth on the European Tour and first since he won the Open de Espana in 2018. His last professional victory came on the PGA Tour at the Zurich Classic of New Orleans with Ryan Palmer this past April. Rahm, who now has eight career victories, won the 2017 Irish Open by six strokes for his second career win and first on the European Tour.

Rahmbo’s win on Sunday comes as the Open Championship at Royal Portrush in Northern Ireland is just two weeks away. Rahm finished T3 at last month’s U.S. Open, and he’s still searching for his first major title. Rahm missed the cut at last year’s Open Championship and has yet to finish better than T44 in the event so far in his career.