‘Old Jon would have lost it’: Jon Rahm proud of composure on disappointing Sunday

PONTE VEDRA BEACH, Fla. — Late Sunday afternoon, as Jon Rahm made impact with a touchy wedge shot from the drop zone at No. 17, a fan screamed out, “Rahm, you’re trash! You’re garbage!”

It was an uncharacteristically ugly moment from the usually fun-loving (and sympathetic) Players galleries. Rahm whirled around immediately. His caddie did, too. For a moment, a look of anger flashed across the Spaniard’s face — but then it passed. What was done was done. The shot had already been struck, his ball was already on the green, his chances of winning long gone.

Rahm entered the day with the lead; by day’s end he’d slipped to a share of 12th after a closing four-over 76. The passionate 24-year-old, who has always struggled to harness his emotions, was reflective after the round. 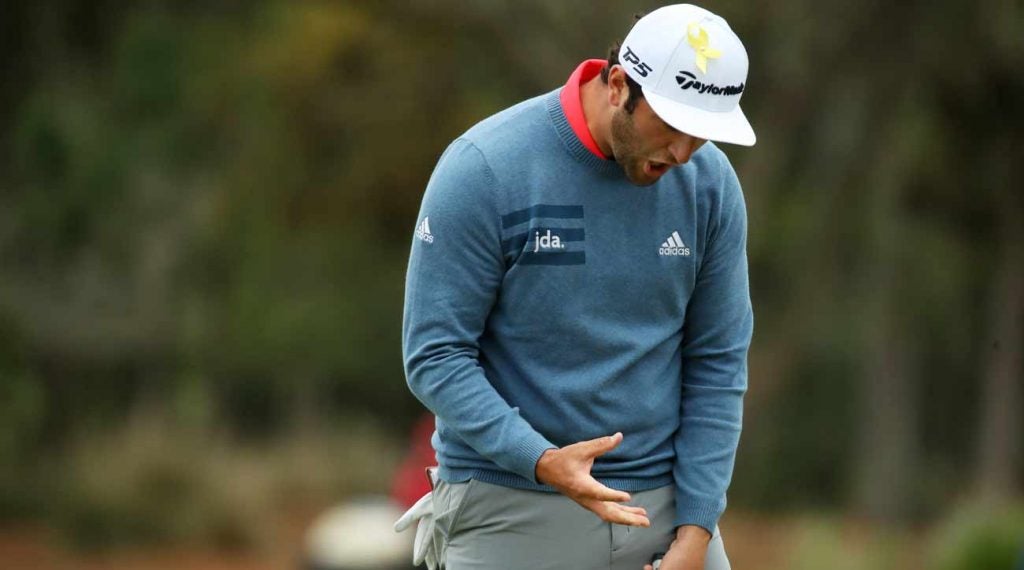 Despite some outbursts on Sunday, Jon Rahm said he was proud of keeping his emotions in check.
Getty Images

“It is what it is, it’s golf,” Rahm said. “At least I’m proud of the way I handled myself, old Jon would have lost it.”

Was it hard to keep his composure, a reporter asked.

“Very hard,” Rahm said. “It’s very hard to constantly battle that and try to play good golf, and I felt like I was doing it okay, and after that bogey at 11 I still gave myself a great chance with that birdie at 13…”

His voice trailed off.

The day had been plenty hard for the entire leaderboard, as the lead had slipped from 15 to 14 to 13 under before the leaders surged back with late birdies. But in the end it wasn’t Rahm’s day. He was effusive with his praise for Rory McIlroy, and made it clear that this won’t stick. Rahm is young, talented and passionate, and he has a short memory.

“It’s never been hard for me to get over it, it’s a learning process,” he said. “In some aspects, it was a success, and in some it wasn’t.”