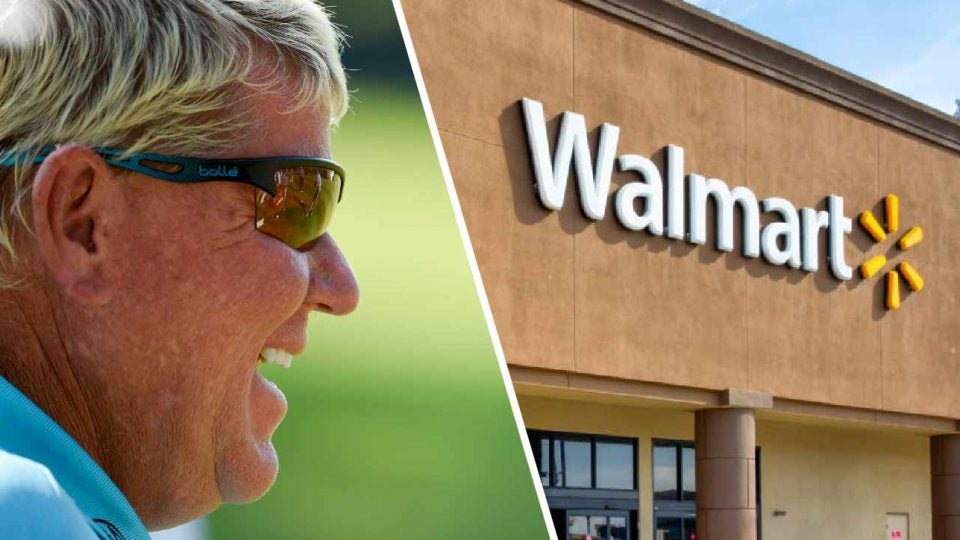 John Daly and Walmart are two Arkansas fixtures. Walmart was founded in Rogers, Ark., in 1962; Daly moved to Dardanelle, Ark., in 1970 as a 4 year old. Since then, they’ve each reached the pinnacle of their respective worlds. Walmart is the world’s largest company by revenue as well as the world’s largest employer. Daly is the world’s pre-eminent hawker of garish golf pants. The pair seem like a match made in heaven, and they were — at least until Tuesday.

Before we look forward, let’s look back, because things were pretty smooth in the John Daly-Walmart world for a while. A decade ago, Daly was having plenty of fun making semi-regular trips to the superstore (and getting recognized, unsurprisingly).

just got in from walmart with my daughter & gf–we did happen to u-turn into the DQ–doesn't everyone do that after surgery to feel better?

As recently as 2013, he swore allegiance to Wally World over competitor Target.

For a time, Walmart carried Daly’s video game, as well as his golf ball line, at least in its Canadian stores.

@fs_42 there are some still in Stein Mart & Walmart Canada

A quick browse of the internet confirms that Daly’s apparel line was readily available in Walmart stores and on its website, too, as recently as its 2017 line. The store sold Daly t-shirts, hats, polos and more, each showing off that iconic Daly silhouette. 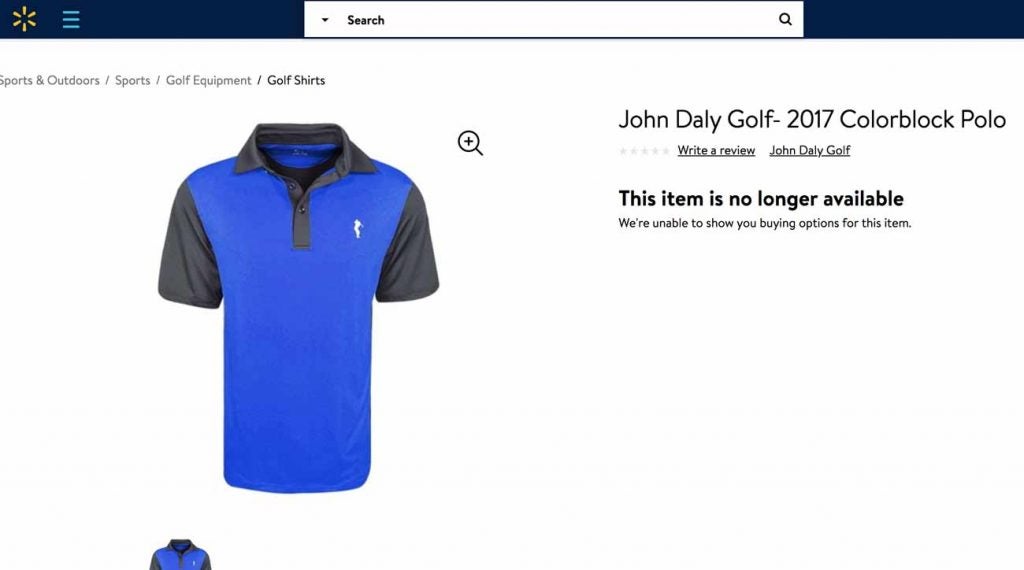 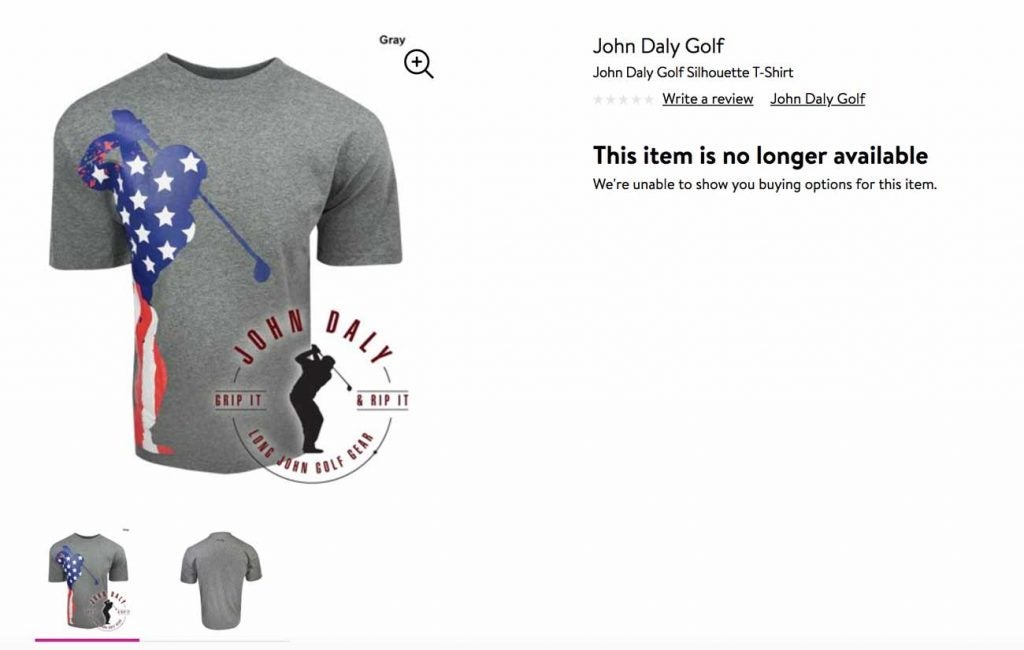 And it was as recently as last year that a personal finance blogger named Josh tracked down Daly in a Walmart for a selfie.

This is all crucially important background for a dramatic moment that occurred Tuesday evening, when Daly had a particularly unsatisfying trip to the store.

“I will never step foot into #Walmart again!” he wrote on Twitter.

Let’s break down his specific complaints.

1. There was only one checkout line. That does seem light.

2. The staff was lazy. A heavy accusation! And tough to corroborate.

3. He had to self-checkout with a hundred items. A hundred items is a full day’s work at Walmart, and his willingness to purchase those hundred items at Walmart but then swear off the store altogether speaks to just how negative an experience he must have had.

Daly added a little more color for us. Only Lane 13 was open, he said, and some of the employees were standing around urging the shoppers to self-check. Daly took matters into his own hands. “So, I self checked out with over 100 items just to have fun with it and tie those up too!” he wrote.

Same here! 1 line open, lane 13 while 4 of them stood around talking telling us to self checkout! So, I self checked out with over 100 items just to have fun with it and tie those up too!

Where do we go from here? It’s only a couple hours from Daly’s home in Dardanelle to Walmart’s headquarters in Bentonville. Is that enough space for this newfound rivalry to simmer? Daly has proven he’s willing to take aim at other Arkansas icons, including firing some not-so-kind nicknames at the Clintons and stirring up some resentment with the Razorbacks, his alma mater, after the athletic department damaged his PGA Championship trophy.

For now, Daly may just need a new place to get his groceries.