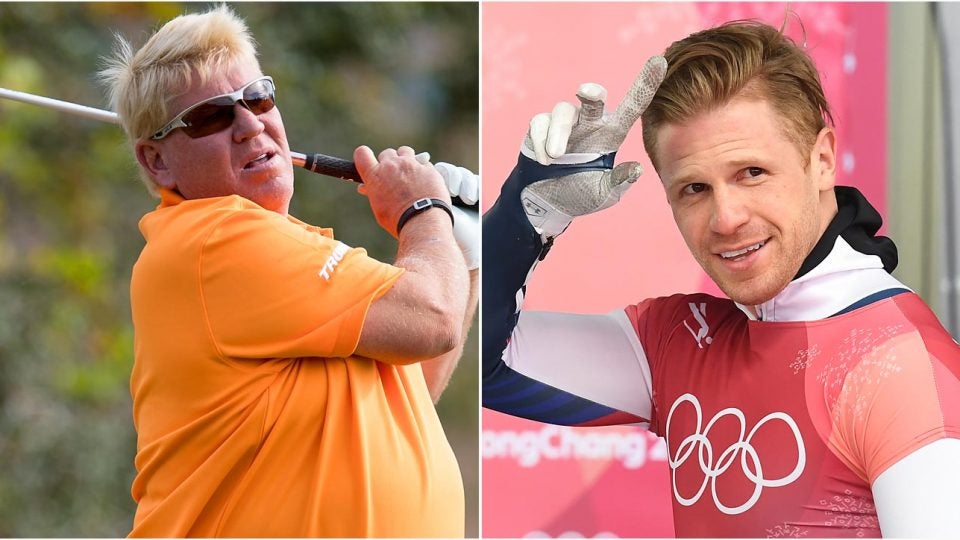 If you happen to be watching Golf Channel by day and NBC by night this week, you might find the name John Daly popping up on your screen even more than usual.

Golfer John Daly has been having some fun with it on Twitter.

Did you know John Daly is at the #Olympics? No, not @PGA_JohnDaly , but @JohnDalyUSA, and the Olympian believes the Former Hog could race the skeleton, he also thinks he could out-drink Long John.#DalyOnDaly#WPS #Fore@PigTrailNation @PatWalkerWX @AustinKellerman pic.twitter.com/c4InFIzUdH

Golfer John Daly, not one to miss an opportunity to make a new drinking buddy, responded in kind.

And that’s the story of the John Dalys. As someone with some experience in this arena (as a reminder, I can’t fix your swing, but this Jeff Ritter can!) I applaud them both for leaning into the confusion.