Joel Dahmen reflects on accusing fellow pro of cheating: ‘Unfortunately, I was just the messenger’ 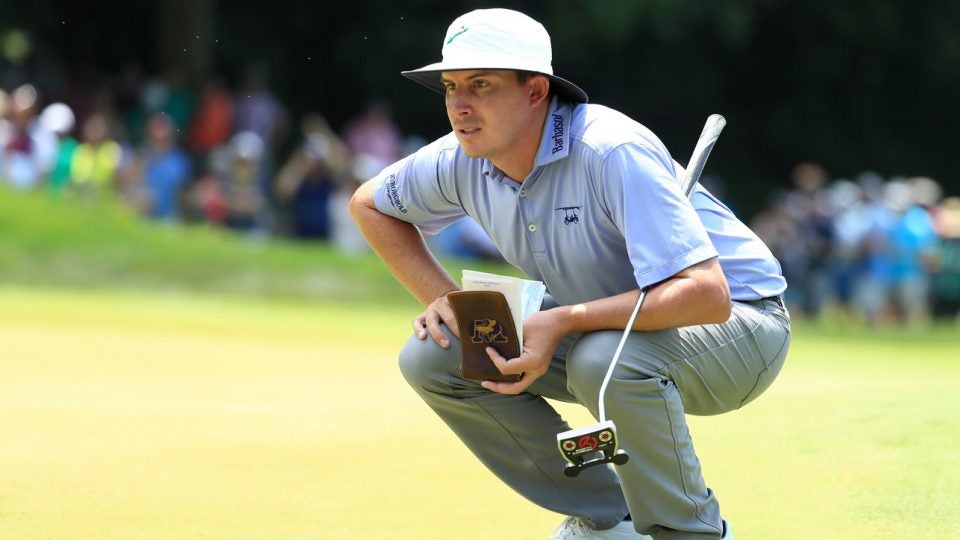 Joel Dahmen reads a putt during the third round of the Quicken Loans National earlier this month.
Getty Images

Joel Dahmen sent a jolt through the golf world when two weeks ago he accused his Quicken Loans National playing partner Sung Kang of cheating.

In the final round, Dahmen alleged that Kang took a bad drop on the 10th hole. Without video evidence, and after a lengthy discussion, a rules official said Kang’s drop was OK. Kang parred the hole and went on to finish third and qualify for the British Open. Later that night Dahmen took to Twitter to call out his partner.

Kang cheated. He took a bad drop from a hazard. I argued until I was blue. I lost.

It was a typical dispute about where or if it crossed the hazzard. It clearly did not cross the hazzard. We went back and forth for 25 minutes and he ended up dropping closer to the green.

Kang, through the PGA Tour, said he stood by the rules official’s decision and would have no further comment.

Tour pros publicly calling out one another for cheating is rarer than an albatross. The c-word is golf’s scarlet letter, virtually impossible to shake. But Dahmen said the response from his peers in the days since the incident has been encouraging. He says he hasn’t heard a single negative comment from a player or caddie.

“Honestly, I think it will all just go away,” Dahmen told GOLF.com. “People don’t remember 98 percent of things anyway. Hopefully that’s the case with this. Unfortunately, I was just the messenger.”

Thirteen years ago, also at a D.C.-area PGA Tour stop — the 2005 Booz Allen Classic — Rory Sabbatini called out a player in a different way when he walked ahead of playing partner Ben Crane on the par-4 17th in protest of Crane’s slow play. The two made up, but Sabbatini knows what it feels like to impugn a player in a public setting.

As it happened, Crane was in the group behind Dahmen and Kang at TPC Potomac. He and Ryan Palmer played through as the dispute was unfolding.

Dahmen said on Twitter that he argued “until I was blue” that Kang had taken a bad drop, which is at odds with Dahmen’s normally calm disposition. Denny McCarthy, Dahmen’s partner at the Zurich Classic earlier this year, described Dahmen as a “very relaxed, laid-back person.”

“If he saw something that day that he didn’t agree with he’s going to say something about it,” McCarthy said. “For him to come out like he did and say those things, there obviously could have been a problem.”

The episode hasn’t appeared to distract Dahmen. He tied for fifth at the Greenbrier event last week and opened the John Deere Classic on Thursday with a seven-under 64.