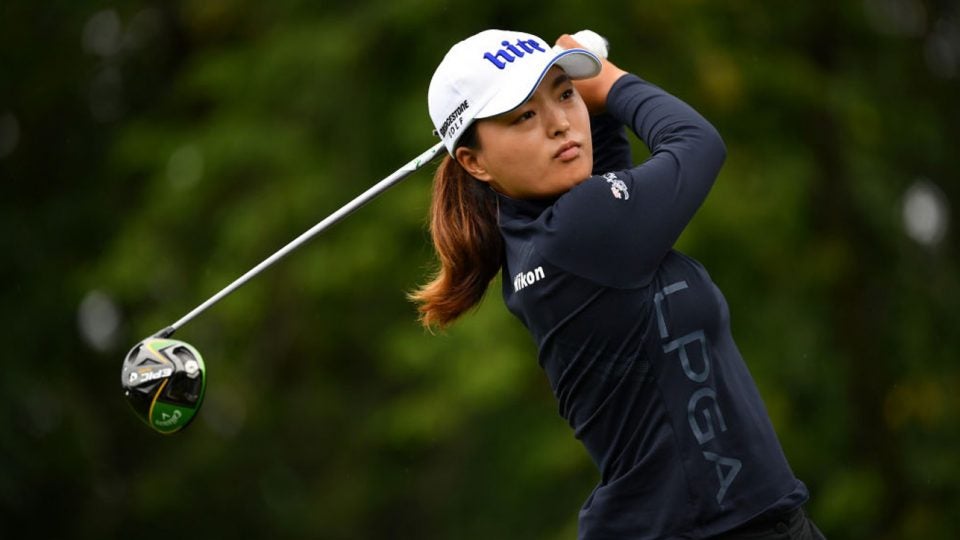 Jin Young Ko can now call herself a two-time major champion. The 24-year-old Ko won her second major of the 2019 season on Sunday by capturing the Evian Championship at Evian Resort Golf Club in France. Ko won the fourth major of the LPGA season by shooting 15-under for the tournament and finishing two strokes ahead of Jennifer Kupcho, Shanshan Feng, and Hyo Joo Kim at 13-under.

Watch the putt that sealed the victory for Ko.

The No. 2 player in the world entered Sunday’s final round at 11-under and four shots back of the 54-hole leader Kim. Ko began her charge up the leaderboard with back-to-back birdies at the par-4 sixth and par-5 seventh holes. She would make the turn for the back-nine at two-under for the round and 13-under for the tournament.

She's now just two-strokes off the lead in France!

Watch exciting final round coverage of the @EvianChamp on @CNBC now! pic.twitter.com/j8EIlDZgJj

She's now at 13-under, tied for second and one stroke off the lead!

She pulls within one of the lead in France.

Can she claim her second Major victory of the year?

Jin Young Ko takes a two-stroke lead into the 18th hole at the @EvianChamp!

Kim would struggle in Sunday’s final round as she carded a two-over 73, which was punctuated by a triple-bogey at the par-3 14th hole. Her round also consisted of two bogeys and three birdies.

The best score of the day belonged to Kupcho, who shot a bogey-free five-under 66 on Sunday to earn her best finish yet in a major tournament. Kupcho began the day tied for eighth at eight-under and seven shots off the lead. The 22-year-old rookie carded five birdies during her round, three of which came on the final four holes.

But the round and tournament belong to Ko, who also won the ANA Inspiration this past April. With her second major title this year, Ko is expected to vault up to No. 1 in the world rankings.