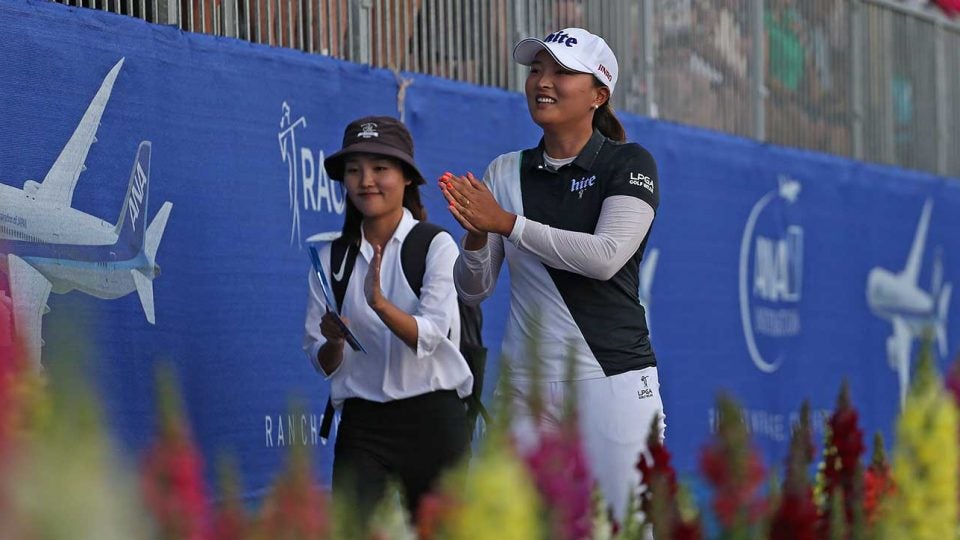 Jin Young Ko thanks the crowd during her final round of the ANA Inspiration.
Getty Images

Jin Young Ko made up for a couple of late bogeys with a pair of birdies en route to her victory at the ANA Inspiration and her first major title.

Ko closed with a two-under 70 in the final round at Mission Hills in Rancho Mirage, Calif., on Sunday, good enough for a three-shot victory at 10 under overall. Mi Hyang Lee was second at seven under, and Lexi Thompson (six under) was alone in third.

“It is really great honor to me,” she said.