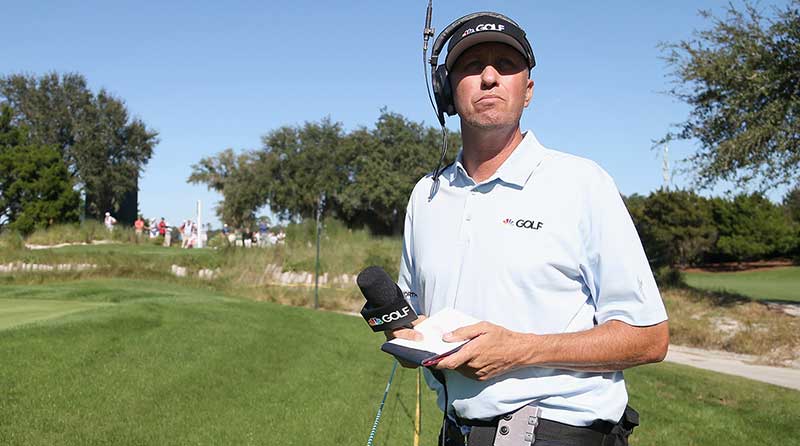 Jim "Bones" Mackay has worked as an on-course reporter since he split with Phil Mickelson.
Getty Images

Jim “Bones” Mackay is hanging up his microphone and dusting off his caddie bib, at least for one week.

Mackay will caddie for Jimmy Walker in a fill-in role at this week’s Farmers Insurance Open at Torrey Pines, according to Doug Ferguson of the Associated Press.

Bones back to work this week carrying a bag, not a microphone. Filling in, working for Jimmy Walker. This is the 3rd player he's caddied for at Torrey. Good luck guessing the other one besides Phil.

Bones was working for Larry Mize in 1990 … Hope, Honolulu … and then Larry took the week off. Patrick Burke was on his flight to SD, said he needed a caddie and asked if Bones was working. There you go. And after that, Phil.

Mackay was not scheduled to work the tournament for NBC Sports this week anyway. Golf Channel has the Thursday and Friday broadcasts and also kicks off weekend action with CBS Sports taking over both days.

Bones was the long-time caddie for Phil Mickelson before they parted ways in 2017. Since then he joined NBC and Golf Channel as an on-course reporter.

This also isn’t the first time he’s filled in since his split with Mickelson. He caddied for Justin Thomas at the 2018 Sony Open. Mickelson has had his brother, Tim Mickelson, as his caddie since he and Bones ended their partnership.

Walker tees off on the 10th tee at 1:30 p.m. ET on Thursday on the South course. He’s grouped with D.A. Points and Cody Gribble.