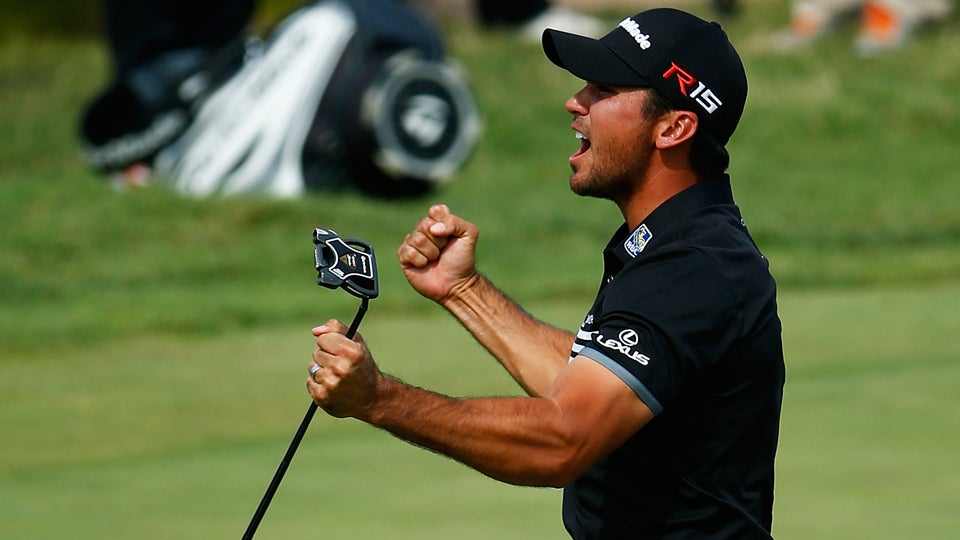 Jason Day celebrates a long birdie putt on the seventh green during the final round of the PGA Championship at Whistling Straits on Aug. 16, 2015, in Sheboygan, Wisconsin.
Jamie Squire/Getty Images

HAVEN, Wis. – It was a long time coming, but Jason Day, always one of the best but never the best in a major, seized his moment and never let go until the very end at the 97th PGA Championship. The tears spilled out of him on the 18th green and as he spoke with reporters afterward, the emotions of a player who never gave up on himself even when things looked very, very bad.

After entering the final round with a two-shot lead over surging crowd favorite Jordan Spieth, Day birdied four of the first seven holes to maintain a comfortable cushion, then cruised home at Whistling Straits for his first major title. He signed for a 5-under 67 to beat playing partner Spieth (68) by three strokes, and Branden Grace (69) by five. Justin Rose (70) was six back.

“I was trying to hold back the tears over the first putt,” Day said with the Wanamaker trophy sitting next to him in the winner’s unusually candid and emotional press conference. “And when I saw the putt go up to half a foot, I just couldn’t stop crying. It’s just a lot of hard work that I’ve been putting into this game to dedicate myself to have a shot at glory, have a shot at greatness.”

Day, who will move to third in the World Ranking, shattered the tournament record for strokes under par, and easily bettered the winning scores at the previous PGAs at the Straits in 2010 (Martin Kaymer, 11 under) and 2004 (Vijay Singh, 8 under). His total also set a record for the most under par in a major championship, beating by one Tiger Woods’s total at the 2000 British Open at St. Andrews. “I didn’t see close to 20 under par winning this tournament,” said Rory McIlroy, who in his return from an ankle injury shot a final-round 69 to finish 9 under par and in 17th place, 11 strokes behind the winner.

“This is not an easy golf course,” Spieth said of the 16 players who were in double digits under par. “And it wasn’t playing easy.”

No, Day just made it look that way. He uncorked a massive drive on the par-5 11th hole that wound up 382 yards down the fairway, and when Spieth walked up and saw it he turned around and said, “Holy s—!” Day simply smiled and playfully flexed his biceps.

“I knew I was going to be playing uphill from there,” Spieth said.

Day, 27, said before Sunday’s final round that he felt as if he was going to make every putt he looked at, and he played that way again under the gun. He took 27 putts while hitting 10 of 14 fairways and 13 greens in regulation.

Spieth, 22, said he had hoped to apply pressure early in the round, but it didn’t happen. Day didn’t allow it. Spieth’s bid to become just the third player to win three majors in a single season—after Tiger Woods in 2000 and Ben Hogan in 1953—was thwarted, but he gets the consolation prize of taking over the No. 1 ranking. “This is as easy a loss as I’ve ever had,” he said, “because I felt that I not only couldn’t do much about it, as the round went on, I also accomplished one of my life-long goals in the sport of golf.”

Day’s victory came in the third straight major in which he had either led or shared the 54-hole lead, and was his third title on Tour so far in 2015. It also comes with a $1.8 million check, another reminder of just how far he’s come. That was what he was thinking of as he broke down crying even as he cleaned up his two-putt par at the 18th hole around dinnertime Sunday.

The son of Queensland meat workers, Day bought school clothes one year at St. Vincent de Paul—everything he could cram in a bag for $5. He first hit balls at age 6, using a 3-wood his dad, Alvin, found on a trash heap, but he was preoccupied with other sports. That changed when Alvin died of stomach cancer. Jason, 12, started to drink. He got in fights. His mother sent the boy to a golf academy, which doubled as a boarding school, and Day connected with Col Swatton, the golf coach. They’ve been inseparable ever since, with Swatton serving as Day’s coach and caddie.

“He means the world to me,” Day said Sunday night.

Day spoke of his father’s death being the catalyst for the rest of his life, starting with his family scraping together enough money to get him out of his dead-end town. “My mom took a second mortgage out on the house,” Day said. “Borrowed money from my aunt and uncle, just to get me away from where I was to go to school, seven hours drive. I remember growing up, we—my mom, I mean—we were poor.” So poor that it wasn’t unusual for Jason to look outside and see his mother cutting the lawn with a knife because the lawnmower was broken and they didn’t have the money to fix it. So poor that the family sometimes had to heat up kettles for hot showers. 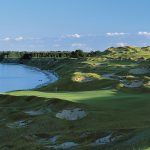 You may also like Whistling Straits: The PGA’s Field of Dreams

Golf was his way out. Day broke 70 for the first time at age 12. By 15—in 2003—he’d read a biography of Tiger Woods, motivating him further. But while success came early—he won the Queensland Amateur at 16 and a Web.com Tour event at 19, becoming the youngest to win a PGA Tour-sanctioned event—Day would rue his missed chances in the majors.

And it wasn’t just this summer. Day was making a career of coming close only to watch someone else hoist the trophy at the end. There was the tie for second at the 2011 Masters, and the solo second at the U.S. Open later that year. He lost much of 2012 to injuries, but finished in the top 10 at three of the four majors in 2013. He tied for fourth at the 2014 U.S. Open. 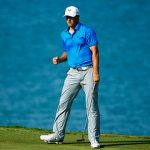 But on Sunday at Whistling, on the shores of Lake Michigan, the trophy was Day’s, and the emotion poured out of him. He and Swatton shared an emotional embrace on the green, and Day’s son Dash tapped him on the leg and hugged him next. There was wife Ellie and Day’s longtime agent, Bud Martin. They’d stuck with him as Day’s mother and sisters stuck with him all those years ago when he was a lost soul.

“I knew today was going to be tough,” Day said afterward, “But I didn’t realize how tough it was going to be.” In fact, he called Sunday’s final round, “probably the hardest round of golf I’ve ever had to play.”

It only made the reward that much sweeter.