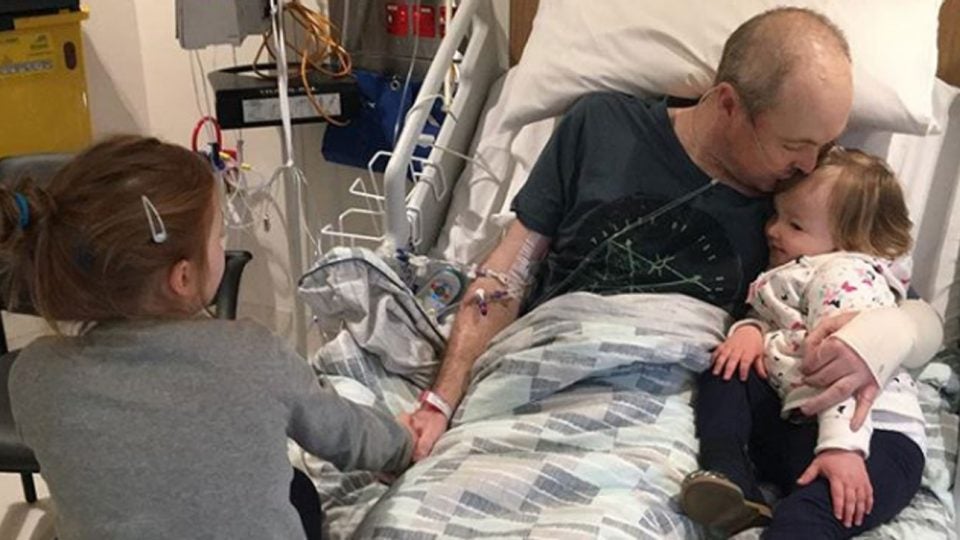 “My heart breaks as I type this message,” Briony Lyle wrote in a post on Lyle’s Facebook page. “Earlier today Jarrod made the decision to stop active treatment and begin palliative care. He has given everything that he’s got to give, and his poor body cannot take anymore. We’ll be taking him closer to home in the next couple of days so he can finally leave the hospital.”

Lyle, 36, has battled leukemia on and off for much of his adult life. He was first diagnosed as a teenager but successfully fought the cancer even before he earned his PGA Tour card in 2007. Lyle’s leukemia returned in 2012, but he was again declared cancer-free a year later and returned to action on Tour. In recent years he has served as a television analyst and played competitively in Australia.

Briony added a post on her husband’s Instagram with a picture of him and his two daughters in his hospital bed. “This will be the final post on Jarrod’s page,” she wrote. “We will take him closer to home to be near his girls. He has put up a courageous fight and he is surrounded by love.”

Friends of the Lyles have set up a Facebook page accepting donations to support Jarrod’s family. You can see the post from Jarrod Lyle’s Facebook below.