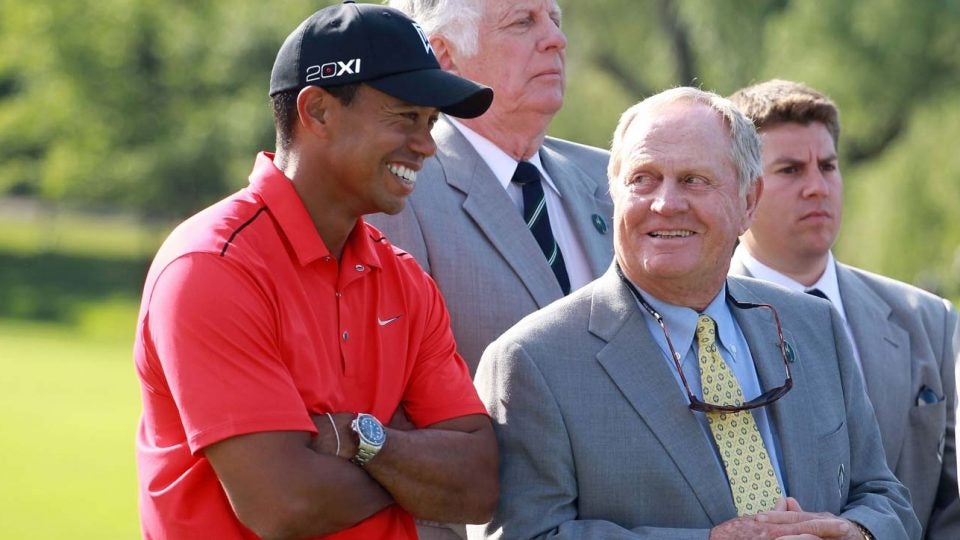 Golf isn’t easy for anyone — but for the past two-plus decades, Tiger Woods has made it look easier than just about anybody in the world. Jack Nicklaus has one equipment-related theory as to why.

On Monday, Nicklaus took a number of questions from reporters in advance of his 80th birthday on Jan. 21. As he reflected on the differences from his era to the modern game, he expressed a yearning for the gear of yesteryear. “I think the equipment we played was far more challenging and rewarded us more for hard work than the equipment of today,” he said. “I may get a little static about that because the average golfer actually likes the equipment for today, and I understand that.”

Simply put, Nicklaus thinks modern pros use equipment that’s “easier to play with.” As a result, they don’t need to learn as full a repertoire of shots as players from the previous era. Enter Tiger Woods.

Irons
What is it like designing clubs for Tiger Woods? Don’t you dare cut corners

“I think Tiger was really taught well by his father, he was taught to play with the old equipment so he could play more shots,” Nicklaus said.

Because Woods was still young but had already established a high-level pro career by the turn of the 21st century, he was in the perfect position to take advantage of the equipment revolution coming about at that same time. According to Nicklaus, that gave him the best of both worlds: old-school shotmaking and new-school gear.

“He was sort of the transition. He takes what he learned about how to play the old clubs and the old shots and still uses that with the modern equipment, which makes the game really easy for him.”

There’s no question that Woods and his equipment — and the courses he’s competing on — have each changed over the years. After winning the 2019 Masters, Woods went back through the clubs he’d used, one by one, this year versus the final round of Woods’ first green jacket Sunday in 1997. That year, he hit wedge into every par-4 with the exception of a single 8-iron. In ’97, he averaged 294.8 yards off the tee, second to only John Daly. At the time of his 2019 win, Woods was averaging 299.6 yards off the tee, good for T51 on Tour. Everything is bigger now, and more forgiving.

Nicklaus also acknowledged that there’s a sentimental bias players have that endears them to the technology from their own eras. “There’s a lot of things that come from different eras. I think [Bobby] Jones probably thought his era of the hickory shaft was fantastic,” he said. “As time goes on, everybody sorta likes what they did.”

Nicklaus added that if there’s one thing he is jealous of in the modern game, it’s PGA Tour pros’ financial standing.

“I think that I’m probably envious that guys can go out on the golf course today and make a living playing golf,” he said. “When we played golf we had to go win golf tournaments to make a name to be able to go make a living. They don’t have to do that today.” Nicklaus said that he and his peers, including Gary Player and Arnold Palmer, began to lay the foundation for the seven-figure earnings of average Tour pros today.

“We were sort of the forerunners of that,” he said. “Now the guys today can actually make a living, so I don’t know if I’m envious of that or proud of it, that we led that.”