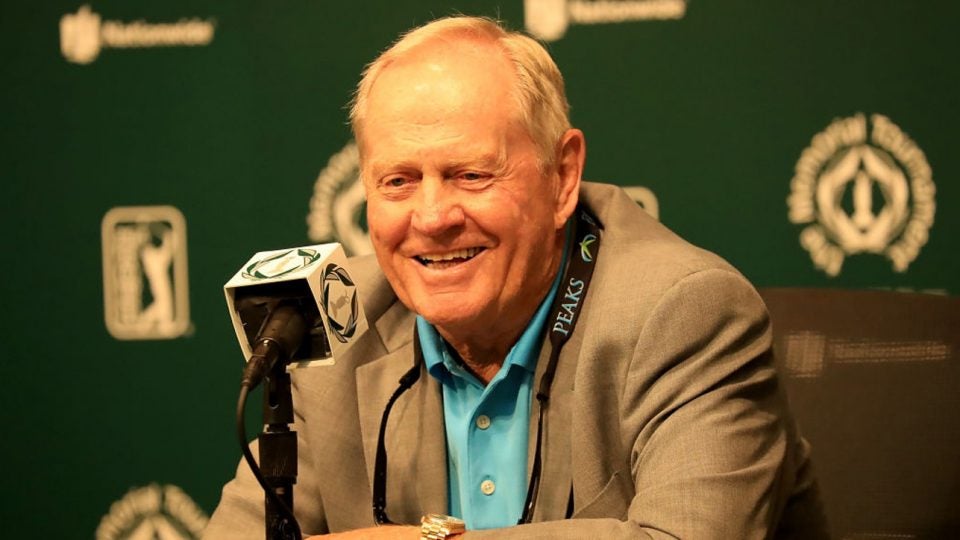 Jack Nicklaus ran up quite a bill pounding range balls as a kid.
Getty Images

In a moving letter that he wrote for The Players Tribune, in which he dispenses advice to his 10-year-old self, the Golden Bear revealed that he once racked up $300 in range-ball fees at the practice range at Scioto Country Club, drawing the ire of his father, Charlie. It happened in the summer of 1950, when young Jack was only 10 years old but hell-bent on grooving his swing.

That drive for greatness would come with a price. Literally.

“One day, there’s going to be a bill in the mail,” Nicklaus wrote in the first-person correspondence. “Dad will go grab it. Then he’ll yell your name in that voice…that voice is trouble, you know it. He’ll be holding a bill from Scioto.”

The bill was for a cool $300, but the 18-time major champion advised his younger self to tell his father, “I don’t just want to learn the game — I want to be great at it.”

“Dad doesn’t like to back down,” Nicklaus wrote. “But you’ll impress him. And then, after a few more bills in the mail, they’ll eventually stop coming. Mr. Grout [Jack Grout, the Scioto pro] will start ignoring your range fees, because he believes in you.”

Safe to say it was money well spent.

There are plenty of more terrific anecdotes and insights in the letter, including why Nicklaus has devoted so much of his life to helping sick children. Check it out here.