J.B. Holmes is one of the main contenders this weekend at the Open Championship. He’s a 37-year-old veteran chasing his career breakthrough, a long way from home in Northern Ireland.

As much as Holmes is a well-known figure in the professional golf space, it was only recently made known that he had quite the storied high school golf career — as in, 10 years worth of high school golf.

“I lettered for 10 years,” he told NBC/Golf Channel’s Jimmy Roberts after his round Friday. “I don’t know if that’s a record.”

It has to be. Holmes earned his spot on that team by rising to the challenge set by the coach. Shoot 50 on nine holes and you’re on the squad. Easy enough for the future Tour winner. 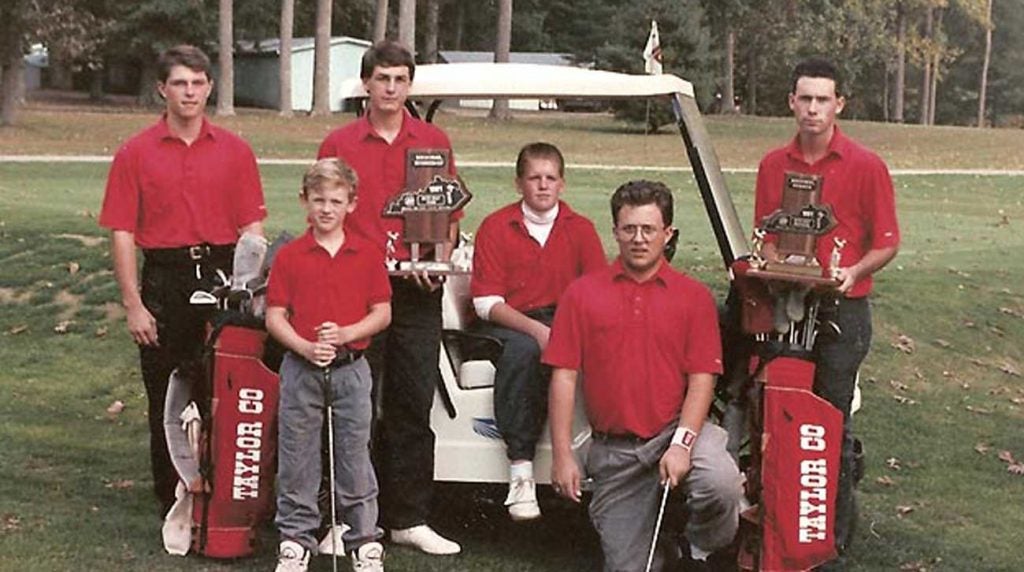 Can you tell which one is J.B. Holmes?

Holmes has also been asked a lot this week about a special member of his team: his dog, Ace. Holmes brings his dog with him all over the Tour schedule.

This week, that family member is back home in the States. Holmes is missing his dog. That much is clear from his interviews. If he keeps up his fine play at Portrush, he might be bringing home one helluva doggy treat.