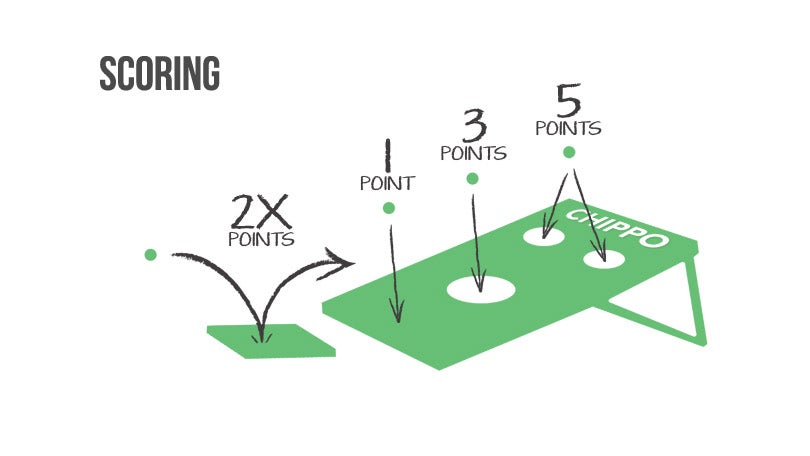 The inventors of Chippo are touting the new game as "the glorious lovechild" of golf and cornhole.
Courtesy Kickstarter

UPDATE: Chippo’s fundraising deadline on Kickstarter ended Thursday, and the company raised $233,349 from 1,230 backers. Its total is nearly 20-times as much as its original goal of $12,000.

Meet Chippo, a new golf game that combines the joys of cornhole (or bean bag toss) with chipping.

Billed as the “glorious love child” of golf and cornhole, the game has already raised more than $100,000 on Kickstarter, far surpassing its creators’ $12,000 goal with 10 days remaining before the fundraising deadline.

Chippo involves a board, similar to the kind used in cornhole, with three holes for scoring. Two artifical turf mats come with each Chippo set, so you can play the game on any surface. Chippo’s balls are made of foam, and are designed not to break or damage cars or windows. Players score by chipping into the three holes on the board, with different point values for each one.

You can preorder Chippo now (the inventors say that the product will be ready to ship in April 2017) and also get swag like t-shirts and can coolers with your pledge.

Check out the video below for a preview.

‘If this goes in, what am I going to do?’ What Tom Kim’s magical day felt like up close
Go to mobile version