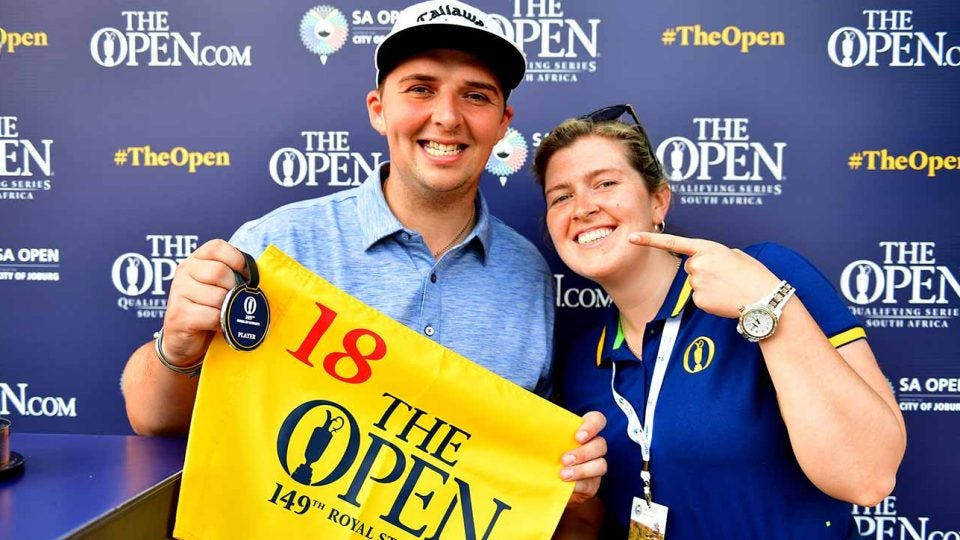 Marcus Armitage bounced back from a heartbreaking finish in December to claim his spot in the Open Championship Sunday.
Getty Images

The 1,398th-ranked golfer in the world has spent most of his career bouncing between the European and Challenge Tours, only notching a single victory in a dozen years between the two. As GOLF’s Dylan Dethier reported in December, Armitage was too short on cash to fund his way through European Tour Q-School in 2018 and needed a remarkable turnaround to even qualify for the European Tour in 2019.

Yet, after earning his European Tour card in early December, Armitage faced the opportunity of his career. After three rounds of the Alfred Dunhill Championship, he coasted into the final round tied for fourth. A win (or even a top-10 finish) would have amounted to a tectonic shift in his career. All Armitage had to do was hang on for the final 18 holes.

Instead, he fell flat on his face. Armitage recorded a final-round 83, while his position on the leaderboard cratered from T4 to T42.

It would’ve been understandable, perhaps even expected for him to be devastated by his performance. But Armitage was unmoved. That night, he tweeted a video responding to the day’s events, showing uncommon optimism for a man who’d just suffered a crushing defeat.

“You know what, when you play like I did today, they don’t interview you, which is fair enough,” He said. “I’ve had an awesome week, and yesterday, that shot into 18 and stuff like that is why I play golf and why I love it to bits.”

If the positivity weren’t enough, Armitage even went as far as to make a prediction.

“Yeah, today was a bad day,” he said. “And no one wants to talk to you, everyone’s saying oh, ah, this that and the other — look! I just had a bad day! Chill out! The Bullet’s gonna go home. And we’ll do a little bit of practice…get me swinging even better, and I’m going to come back out here and do it again!”

As it turned out, Armitage’s premonition was right. At this weekend’s South African Open (just his second event since the disappointing finish at the Alfred Dunhill), he faced an incredible opportunity once more. The Brit stood over a 15-foot putt on the 72nd hole of the tournament with the chance to give himself a solo third-place finish. If he drained it, he’d not only secure one of the best results of his career, but also automatically qualify for the Open Championship.

He walked up to his putt on the packed 18th green, struck it cleanly and well, the Bullet went home.

One putt for a place in The Open.

A fist pump, a crowd roar and a caddie hug later, Artimage was headed to the Open Championship, a little over a month after the most disappointing moment of his professional life.

You might not know Marcus Artimage’s name, but his resiliency? That’s going to be hard to forget.