Ian Poulter ‘in by breakfast,’ plays blistering final round (and shoots best score of week) 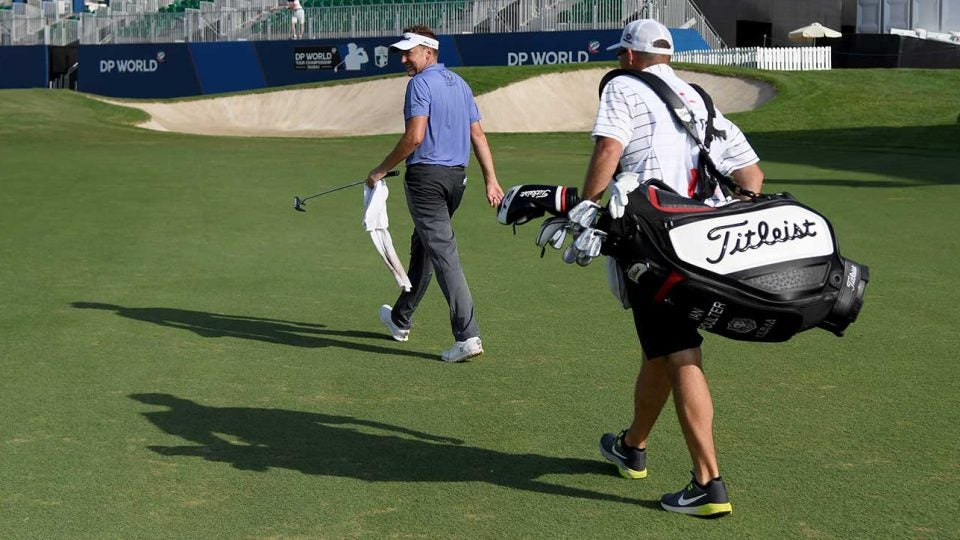 Ian Poulter walks down the 18th fairway on Sunday in Dubai.
Getty Images

Ian Poulter, true to his European heritage, isn’t a fan of slow play. So he had to be excited when he saw he was teeing off as a single for the final round of the DP World Tour Championship on Sunday in Dubai.

And, of course, he shot his lowest score of the week.

“It’s a carefree day,” Poulter said. “It didn’t matter where I finished in relative terms. I could have finished seven under and moved forward six places, seven places, so it’s just quite a joy to get out there, get it done and yeah, get back in by breakfast.”

Poulter finished three over for the week and tied for 51st.

“I’m a quick player; I don’t like slow play,” Poulter said. “So today was quite refreshing to get out there and get it done.”

That was a nice swift round.. You can see the time sheet we finished in 2 hours 22 minutes which was 92 quicker than the allowed time.. 😂😂😂 Shot 3 under par. @terrymundy little legs were ok.. well done Telpot.. 👏🏻👏🏻👏🏻 @EuropeanTour @dpworld pic.twitter.com/yVjF0kSpz0