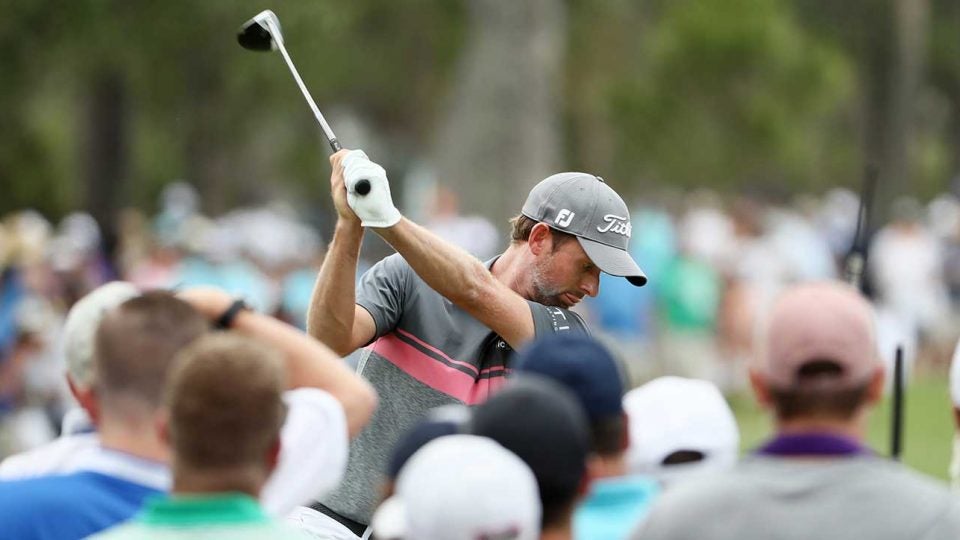 Webb Simpson may not have bombed it off the tee, but he found plenty of fairways.

Webb Simpson didn’t need to hit it a mile to win the Players Championship and bring home a $1.98 million check.

Simpson, who shot 73 Sunday and won the Players by four — even with his 72nd-hole double bogey — ranked dead last in driving distance for the week (280.5 yards) and was nearly 13 yards behind the field average. But this is nothing new for him — he ranked 145th in driving distance (290.8) entering the week. (The driving distance statistic is calculated at two holes per tournament round. Dustin Johnson led the Players field with a 313.3 average.)

But despite losing yards off the tee, it’s not surprising Simpson won for the first time in five years. TPC Sawgrass’ Stadium Course plays at about 7,200 yards, and its lack of length coupled with its strategic elements means less drivers are hit than at most Tour stops.

Sure, Simpson was last in distance with the big stick, but he was first in driving accuracy. He hit 46 of 56 fairways, converting at a 82.14-percent rate. This helped him rank 32nd in Strokes Gained Off The Tee (1.466).

Oh, and you know that annoying, worn-out one-liner that’s long been muttered on every single golf course across the world? Well, apologies for the pun, but “drive for show and putt for dough” sums up Simpson’s week quite well. He led the field in Strokes Gained Putting, picking up 9.368 strokes on the field.