How vulnerable are ‘cart girls’ to sexual harassment? Here’s one woman’s take after three years on the job 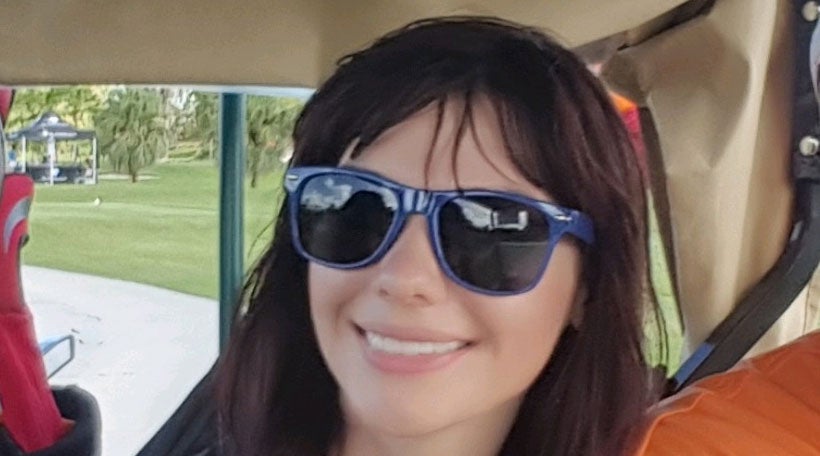 McConnell has worked as a cart girl at four Myrtle Beach-area courses.

Caveat lector: The short account below, describing the professional life of Ashley McConnell of Myrtle Beach, S.C., is not intended to represent the broad collective experience of the many young women who work at American golf courses as (in the vernacular) cart girls. This is McConnell’s story and hers alone. — M.B.

Ashley McConnell, 25, seasoned Myrtle Beach cart girl and comfortable with the term, knows that sexual harassment has never been more in the news. The charges are coming in all manner of employment categories: out of the federal government and the U.S. military, Fox News and NPR, the London theater community and the Hollywood film community. In the last, the many tawdry stories surrounding Harvey Weinstein are relentlessly consistent: young actresses being bullied and sexually harassed (and far worse) by a much older man in position to advance, or stunt, their careers. Which brings us back to the subject of this column and the two main-topic questions I posed to McConnell: Did you experience sexual harassment? How vulnerable do you think cart girls are to sexual harassment?

As a starting point to the discussion, McConnell said that she has used (and uses) her physical attributes and feminine wiles “to get better tips.” It’s a familiar-enough scenario, in golf and beyond. “Flirting is part of the job,” she said. In the past six years, McConnell has had three jobs with the word girl in their common titles. When she first moved the 70 miles from rural Andrews, S.C., to Myrtle Beach, McConnell worked as a nightclub “shot girl.” (She’s comfortable with that term, too.)  She liked the work for its fast money and moonlit hours. (“I’m a night owl,” she says.) But then she became a mother and the late nights no longer suited her schedule.

That’s when she became a cart girl. Cart-girl work slows down this time of year and McConnell is not working now. (She’s enrolled at Horry Georgetown Technical College in Myrtle Beach, seeking an associate’s degree in nursing.) But for the past three years, in the busy Myrtle Beach golf seasons, she has sold snacks and drinks to hungry and thirsty golfers. More recently, she has started doing occasional work with a Myrtle Beach outfit called The Caddy Girls. The company has about 50 caddies on call, none of whom will be mistaken for Fluff or Bones. The cost is $150, plus tips, with $50 going to the house. Growing up, McConnell never expected to land in the golf biz. But life called. “I didn’t know much about golf before becoming a cart girl,” McConnell said in a phone interview. She grew up on a 60-acre farm in Andrews. Her older brother, Joshua, was a good golfer who would hit balls on the fields. Ashley’s own golf was limited to the miniature variety, often squaring off against Joshua, who, to her frustration, would never let her win.

She picked up her acute understanding of par while working her first cart-girl job, at a Gary Player course near Myrtle Beach. Her excellent and aspirational definition: “If you get to the hole and the sign says it’s a par 3, then that’s the number of shots you’re supposed to use to get your ball in the hole.”

McConnell didn’t head to Myrtle Beach, as so many do, for the golf. She came for the shot-girl job, working at a now defunct Myrtle Beach nightclub called Revolutions. She left that job “when I started to show,” at the start of her second trimester. Her daughter Madison came six months later. McConnell is a single mother.

With Madison on the way, McConnell traded in her Revolutions uniform (“corset, short black shorts, black boots or black sneakers”) for a cart-girl uniform (“polo shirt and skirt or pants”). She had done some modeling “for print” as a teenager and had a one-night gig at a fashion show at the Denim Exchange store in Myrtle Beach. She said she was hired by the Player course on the day of her interview and that “being attractive,” along with her experience in alcohol sales at Revolutions, made the application process quick and easy. “Being a cart girl is basically being a bartender on wheels,” she said.

She was not at all embarrassed to say that sex appeal is important in being a shot girl, a cart girl and, for that matter, a Caddy Girl. McConnell has also worked as a cart girl at three other Myrtle Beach-area courses. She was taught to drive her cart in the direction of play but not to distract the golfers with her bar-on-wheels. Liquor was sold in those mini plastic bottles you see on airplanes. A typical purchase would be “a can of beer and a bag of chips. That’d be $7 and they’d give me a $10 and say, ‘Keep the change.'”

But the range of tips varied widely. “I had golfers give me a hundred-dollar bill for a $25 cooler of ice and say, ‘Keep coming around and talk to us.’ It was a lot of fun. They’re flirting with you, you’re flirting with them. Someone might say, ‘Come on out with us tonight and get some drinks.’ I’d go along with it, even if I didn’t have any plan to go out with them, because I was looking for more tips.”

Were there times when the exchanges were not comfortable? In a word, yes.

But almost without exception, McConnell said, the golfers were gentlemen. That was true for the locals, for the visitors from out-of-town, even for the small, tight packs of young golfers who would descend upon Myrtle Beach celebrating the end of bachelorhood. Most of her customers, she said, were “middle-aged men, or older. They’re just looking to get out of the house.”

Working as a cart girl, did she ever get harassed? Many would say, based solely on the meet-me-at-the-hotel exchange described above, that McConnell has been harassed, just as others in her line of work have been. (If you conduct even a rudimentary Google search, you can find detailed, first-person accounts of cart-girl harassment.) But does McConnell feel she was ever sexually harassed as a cart girl?

McConnell thinks of the term in physical terms, not verbal ones. She doesn’t use harassment as a term of law but as a word of everyday life. “I was never harassed,” she said. “Nobody ever touched me in an inappropriate way.” Her experience as a shot girl was different. She could quickly recall two encounters where customers physically harassed her. On one occasion, her boyfriend the bouncer (Madison’s father) witnessed the offending act, picked up the man and carried him out of the club. Another time, a customer slapped her backside. “I shoved a shot down his throat and said, ‘Now you owe me $3 for a drink.’ He gave me a five and wanted the change and I said, ‘I don’t have any change for you.'”

She returned to the subject of young actresses and young cart girls.

As for the on-course flirting between a cart girl and her customers, McConnell sees no problem in it. “That’s human nature,” she said. “It’s in our society. It’s in our ad campaigns. Sex sells. It’s natural.”

In her time in the golf industry, McConnell’s observation is that most golfers have one thing in mind, and it’s not food or drink or even the person serving it. It’s their next shot.