4 ways the U.S. Open changed during Mike Davis’ era, according to Mike Davis 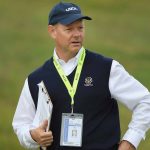 The end of the Mark Davis era of U.S. Open setups is upon us.

The 2021 U.S. Open marks the end of the Mike Davis era of U.S. Open setups. The outgoing USGA CEO will depart his leadership role to pursue golf-course design, meaning this week’s U.S. Open at Torrey Pines is his last.

Davis has been with the USGA since 1990, and he’s had a role in U.S. Open setups for much of his time at the organization. The setups he’s overseen have been polarizing, but one thing is certain — Davis left his mark on the national championship.

In a recent interview with GOLF.com, Davis revealed some of the ways U.S. Open setups changed during his tenure. Below are some of his answers, or you can watch the interview here:

Davis said that one his biggest goals when setting up a course for a U.S. Open was to showcase a course’s personality and architecture. Every course is unique, and Davis allowed those features at each course dictate how they set up the course for their premier championships.

“Rather than a more standard setup from year to year to year, we would go with the flow,” Davis said.

He pointed to Pebble Beach as an example of how his setup choices were altered by a course’s personality. The U.S. Open is known for tight fairways, but when the championship is hosted at Pebble, they widened the fairways to bring the Pacific Ocean into play on a number of holes.

The players might be playing the same course for 72 holes, but under Davis’ leadership, he tried to be flexible with the setups to offer a variety of looks on the same course.

“We purposely changed teeing grounds from day to day,” Davis said. “Maybe some days you just wanted a different drive zone to be played. Maybe it’s a hole where mid irons are, generally speaking, played to the green. But maybe you want to tuck a hole location over to the left … So you say, ‘Let’s move tee markers up.’”

It was also a Davis specialty to give players risk-reward options throughout the championship. When players are given the opportunity to make big moves, excitement generally follows.

“Early on you started to see some drivable par-4s,” Davis said. “That wasn’t being done in elite golf.”

When Rory McIlroy this week was asked about Davis’ fingerprint on setups, risk-reward was the first thing he pointed to.

4. Not afraid to push the limits

If there was one thing Davis will be remembered for, it was his willingness to push the boundaries. He wasn’t afraid to challenge players with extremely short holes or stretch them out and push the tees all the way back. Davis always looked for unique ways to identify the best golfers in the world.

“Three times in the men’s U.S. Open, we had par-3s under 100 yards,” Davis said. “They were wonderful … We weren’t afraid to push it sometimes. There were par-4s that were 525 yards long, but that’s OK. It’s all about how the hole was played.”